A Cautionary Tale - The Right to Die 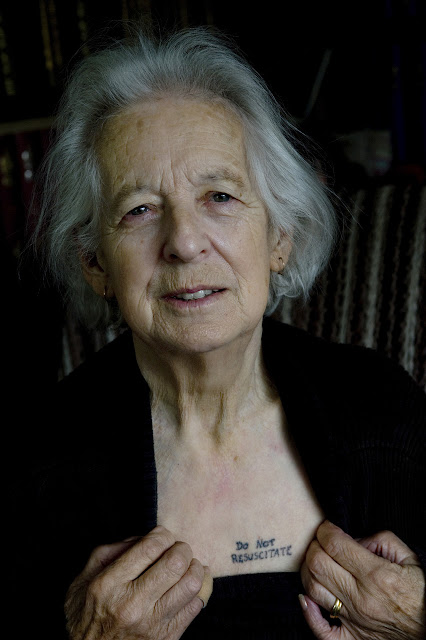 Here's something to think about.

A few days ago I experienced, first-hand, the death of a dear friend.  He had been in decline for several months.   This necessitated a few stays in hospital.

While in hospital my friend had signed a "DNR" or Do Not Resuscitate authorization.  It was his wish that, should he succumb, he not be brought back to life.   The hospital duly kept his directive in his file.

What my friend did not foresee, what no one else foresaw, was what would happen if he succumbed anywhere other than in that particular hospital.

His wife knew of his wishes.  I was fully aware of his wishes.  Yet when the ambulance crews arrived at his home they demanded to see the authorization and, in it's absence, they proceeded to put my (by then safely departed) friend's body through the regime of CPR, defibrilation and, finally, adrenalin injection.

In my friend's case it really didn't much matter.   They were merely working out on a corpse.  But, since then, I've thought of what it might have meant had circumstances been different and had they managed to bring him back.

They would have restored him to a state of abject misery, probably worse than he had endured previously.   For the want of a paper - right here, right now - his fate would have been sealed, his humane choice denied.

How many of us are in this same precarious state?  I know I am.  Yes I have executed my own living will and DNR authorization but how would I ever get that into the hands of the paramedics?

This is not an abstraction to me.  I have already checked out once, possibly twice, only to wake up a day or two later in hospital, my body wracked with terrible pain.   Here's a hint.  If you die in the process of a seizure your body beats the shit out of itself.  You wake up feeling as though you've been in a gang fight you cannot recall.

I was furious the last time it happened, the time I know for certain I was snatched back from the dead.   For I realized that I had crossed the finish line only to have been disqualified by medical intervention.   How does the state have the right to deny anyone a natural death?

The doctors confirmed I was gone.   No pulse, no respiration, my body finally at rest.  I was crossing the Styx.

Now I must die again.   Given the odds, it will be a more protracted ordeal next time.  There will likely be little dignity to it either.

So what is the answer?  I believe I have one.  I believe every province should be required to maintain a DNR, Do Not Resuscitate registry.   You make your choice, your file your authorization.   Register it by your Social Insurance number.  Cross-reference it to your Driver's Licence number and your street address and any other suitable means of verification.

Require the paramedics to verify your identity.  Usually the wallet is on site.  Have then log on to an internet directory and, from that, ascertain whether any DNR authorization exists.

We demean ourselves and our humanity when we dismiss our right to die as subordinate to the interests of the state.  We deserve better than the treatment that is left to us at the very time we are most powerless to fight back.  It is time we had the right to die on our own terms, not the state's.

Email ThisBlogThis!Share to TwitterShare to FacebookShare to Pinterest
Labels: DNR, right to die