The Most Expensive Weapon Ever Built

Time magazine has published an informative evaluation of  the F-35 as it stands today. 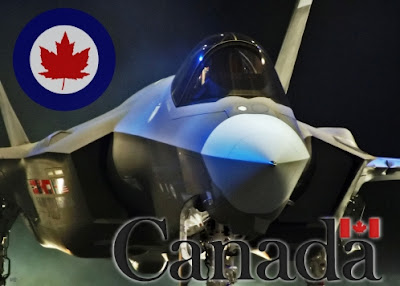 The F-35, designed as the U.S. military's lethal hunter for 21st century skies, has become the hunted, a poster child for Pentagon profligacy in a new era of tightening budgets. Instead of the stars and stripes of the U.S. Air Force emblazoned on its fuselage, it might as well have a bull's-eye. Its pilots' helmets are plagued with problems, it hasn't yet dropped or fired weapons, and the software it requires to go to war remains on the drawing board.

Jack of All Trades, Master of None

The resulting bastard child was a compromise, not optimum for any one service but good enough for all three. Neither the Air Force nor the Navy liked its stubby design. The F-35C's squat fuselage puts its tailhook close to its landing gear (7 ft., compared with 18 on the F-18 it is replacing), making it tough to grab the arresting cable on an aircraft carrier. Its short range means aircraft carriers ferrying it into battle will have to sail close to enemy shores if the F-35C is to play a role. It can fly without lumbering aerial tankers only by adding external fuel tanks, which erases the stealthiness that is its prime war-fighting asset.

Cramming the three services into the program reduced management flexibility and put the taxpayer in a fiscal headlock. Each service had the leverage generated by threatening to back out of the program, which forced cost into the backseat, behind performance. "The Air Force potentially could have adopted the Navy variant, getting significantly more range and structural durability," says John Young Jr., a top Navy and Pentagon civilian official from 2001 to 2009. "But the Air Force leadership refused to consider such options."


Yet if the Navy, and Young, were upset with the Air Force, the Air Force was upset with the Marines. "This is a jobs program for Marine aviation," says retired general Merrill McPeak, Air Force chief of staff from 1990 to 1994. "The idea that we could produce a committee design that is good for everybody is fundamentally wrong." He scoffs at the Marine demand for a plane that can land vertically, saying, "The idea of landing on a beach and supporting your troops close up from some improvised airfield, à la Guadalcanal, is not going to happen."


The Pentagon Dropped the Ball, Adding a Lost Decade

Focused on waging two post-9/11 wars, the Pentagon let the F-35 program drift as costs ballooned and schedules slipped for a decade. The Marines' F-35 was supposed to be capable of waging war in April 2010, the Air Force's in June 2011 and the Navy's in April 2012. In a break with Pentagon custom, there now is no such "initial operating capability" date for any of them; each is likely to be delayed several years.

Regardless of the plane's merit, the lawmakers pushing for it are hardly disinterested observers. The then 48 members of the Joint Strike Fighter Caucus, many of whom sit on key Pentagon-overseeing panels, pocketed twice as much as nonmembers in campaign contributions from the F-35's top contractors in the 2012 election cycle. Those lawmakers' constituents, in turn, hold many of the F-35 program's 133,000 jobs spread across 45 states. (F-35 builder Lockheed Martin says jobs will double once the plane enters full production.)

The Wrong Plane for the Pentagon's Pacific Pivot?

... military technology has been moving away from manned fighters for years. Drones, standoff weapons and GPS-guided bombs have cut the utility of, and need for, such short-leg piloted planes. Their limits become even more pronounced amid the Pentagon's pivot to the Pacific, where the tyranny of distance makes the F-35's short combat radius (469 miles for the Marines, 584 for the Air Force, 615 for the Navy) a bigger challenge.

Computers are key to flying the plane. But instead of taking advantage of simplicity, the F-35 is heading in the other direction: its complexity can be gleaned from its 24 million lines of computer code, including 9.5 million on board the plane. That's more than six times as much as the Navy F-18 has. The F-35 computer code, government auditors say, is "as complicated as anything on earth."

But Lockheed is no Toyota. Aviation Week & Space Technology magazine, the bible of the aerospace industry and a traditional supporter, published an editorial last fall that declared the program "already a failure" on cost and schedule and said "the jury is still out" on its capabilities. It suggested pitting the F-35 against existing fighters--Air Force F-15s and F-16s and Navy F-18s--for future U.S. fighter purchases.

While debate swirls around how to build the F-35 right, there's a more important question: Is it the right kind of plane for the U.S. military in the 21st century? The F-35 is a so-called fifth-generation fighter, which means it is built from the ground up to elude enemy radar that could be used to track and destroy it. Stealth was all the rage in military circles when the Pentagon conceived the F-35. But that was well before the drone explosion, which makes the idea of flying a human through flak and missiles seem quaint. "The Air Force," Aboulafia says, "eagerly drank gallons of the fifth-generation purple liquid."


Improved sensors and computing are eroding stealth's value every day, says Admiral Jonathan Greenert, the chief of naval operations. Eventually, he warns, they will give potential foes "actionable target information" on stealth platforms.

...A stealthy jet requires sacrifices in range, flying time and weapon-carrying capability--the hat trick of aerial warfare. All those factors have played a role in the fate of the Air Force's F-22 fighter, the nation's only other fifth-generation warplane. It has been sitting on runways around the globe for seven years, pawing at the tarmac as the nation waged wars in Afghanistan, Iraq and Libya. Yet the F-22, built to fight wars against enemies that have yet to materialize, has yet to fly a single combat mission.
Posted by The Mound of Sound at 4:53 PM