The Social Science of Climate Change 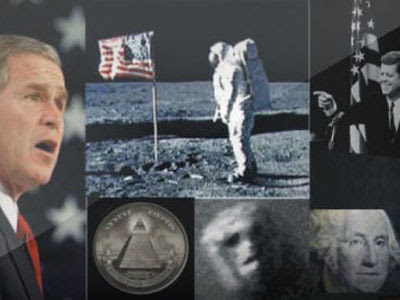 What does social science have to do with climate change?  Quite a bit, actually.   Climate change denialism has given social scientists rich pickings to scrutinize, pick apart and analyze.

One finding they've reached is that the ranks of climate change denialists are heavily populated with conspiracy theorists.  It's a hoax, a conspiracy, you see, the whole theory of anthropogenic global warming.   And research that shows denialists = conspiracists, well that's a conspiracy too.

The strongest finding in the survey was that ideological belief in an unregulated free market tended to be a predictor of someone’s willingness to reject the findings of mainstream climate research. No great surprise there. It was the secondary findings that set off a brouhaha.

Dr. Lewandowsky’s survey results suggested that people who rejected climate science were more likely than other respondents to reject other scientific or official findings and buy into assorted fringe theories: that NASA faked the moon landing, that the Central Intelligence Agency killed Martin Luther King Jr., that the AIDS virus was unleashed by the government, and so forth.

This piece of research appeared in a specialized journal in psychological science, but it did not take long to find its way onto climate skeptics’ blogs, setting off howls of derision.

A theory quickly emerged: that believers in climate science had been the main people taking Dr. Lewandowsky’s survey, but instead of answering honestly, had decided en masse to impersonate climate contrarians, giving the craziest possible answers so as to make the contrarians look like whack jobs.

Then again, why would anyone have to go out of their way to make contrarians look like 'whack jobs'?   There's no need.   All the research that keeps flooding in, not just from climatologists, but from all the earth sciences - atmospherics, hydrology, biology, botany, oceanography, geology, chemistry, medicine, epidemiology, the lot - it all shows beyond any question that contrarians are whack jobs.
Posted by The Mound of Sound at 9:38 AM