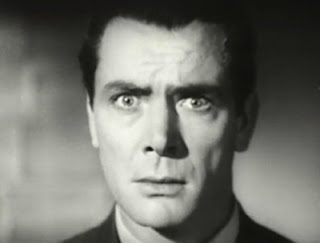 Brain scan research has found that rightwingers process information via the right amygdala, the centre of the brain's threat response system.  Lefties perform the same process using the insula, a small part of the brain that functions quite differently.

According to neuroscientists who study it, the insula is a long-neglected brain region that has emerged as crucial to understanding what it feels like to be human.

They say it is the wellspring of social emotions, things like lust and disgust, pride and humiliation, guilt and atonement. It helps give rise to moral intuition, empathy and the capacity to respond emotionally to music.

Which leads me to ponder why the inherently fearful group shows itself to be the least concerned with the most fearful threat facing civilization, climate change?   By their predisposition they should be quivering in their boots and demanding action, real action, now.  But, as a group, they're not.

Maybe the answer lies in two things - denialism and displaced fear.  Maybe it's the right's very susceptibility to fear that drives them into the warm arms of denialism for the assurance that all will be right; that this is a hoax.   There's really nothing to worry about.  And, to seal the deal, they're given a heaping serving of displaced fear.

Years ago I went to the dentist with a toothache.  It was painful and it was a tooth on the bottom left at the back of the jaw.   The dentist looked carefully and he found the problem tooth - at the top row, midway on the left side.   He explained it as "referred pain."   He fixed the upper tooth and, voila, the pain in the lower tooth miraculously vanished.

Maybe something similar is happening with fearful conservatives.  Coupled with the comforting assurances that lie at the core of denialism, they're being conditioned to project or refer their fears onto a supposed threat of utter ruin of the economy and a conspiracy by scientists and tree huggers.  Don't fear climate change, fear the messengers for they're the threat, not global warming.   Don't listen to them, they're dangerous and they're up to no good.

Anyway, that's my layman's guess of how the inherently fearful mind could be trained to avoid the fearful reality of climate change.  One thing I do know is that there are few conditions that can be as easily manipulated as fear and it's the perfect fuel for igniting suspicion and anger.