Alberta to Obama - "Welcome Aboard" 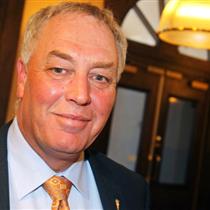 "After years of being out front alone on this in Alberta, now we have a president very strongly signalling that the opportunity is in front of the American people to move aggressively on these files," Intergovernmental Relations Minister Cal Dallas said Thursday.

"We know that what's been handed to us by the indications from the president's address is that our largest trading partner is prepared to move with us."

I wonder what Cal Dallas does when he runs out of bullshit?

Wonderful news for BC. They don't have to worry about the Enbridge pipeline anymore?

What a load of, el toro poo poo.

China's horrendous pollution, turns daylight into dark. People there wear face masks and respirators to breathe. Their pollution index, is off the charts.

Other country's are furious with China's pollution, drifting into their country's.

BC residents do have to worry.

With Keystone, there is zero economic argument to upgrade oil in Alberta, since refineries already exist in the US that will handle it (why duplicate infrastructure and labour costs?). So Keystone insures bitumen will be in the pipelines. It ensures an expansion of oil-sands investment. It will make the business case for a unrefined bitumen pipeline to the coast more sound, even if the margins on selling bitumen are much lower than with higher grades of petroleum. No economic pressure could be brought to bear on the oil companies by BC citizens to put cleaner oil in the pipeline: the oil companies already have the US customer for dilbit. If BCers wanted in on the action, they'd have to accept dilbit.

Without Keystone, there would be a much stronger economic argument to refine the bitumen in Alberta before shipping it. The only new customers for oil sands expansion will be offshore and a pipeline to a coast will be needed. The Bitumen refined would sell for more and attract more customers. BC demands for pipelining refined oil rather than dilbit would have to be considered.

Some interesting items if you haven't seen them already;