Duffy to Cough Up Cash 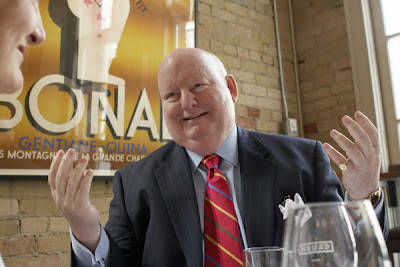 "What we've got here is a case where the rules aren't clear," Duffy offered by way of a blended excuse/apology.   He seems to think that resolves everything yet it might only make things worse - for him.

If Duffy is legitimately resident in Prince Edward Island then the money he's refunding is properly his, every dime of it.  It's only if Duffy isn't a resident of P.E.I. that he's taken money that he isn't supposed to have.  In fact, it's only if Duffy is resident in just one place in all of Canada, the Ottawa region itself, that he doesn't qualify for the out-of-town housing allowance.

But if Duffy is resident in Ottawa and isn't entitled to the housing allowance and therefore isn't resident in Prince Edward Island then he's not qualified to sit as a senator for Canada's smallest province.  Yes he owns a cottage in P.E.I..   The neighbours may never have seen him there but it is registered in his and his wife's names.  The Canadian constitution stipulates senators must own a residence in the province they represent.  Check.

Another sub-section of the Constitution Act stipulates that the senator must also be "resident" in the province they represent.  Resident as in actually living there.  And, if Duffy could demonstrate that he actually lived in P.E.I., he would be perfectly entitled to keep the Ottawa housing allowance he pocketed but is now refunding.

Ergo, giving the money back, is a tacit admission by Duffy that he cannot show himself to have been resident in Prince Edward Island by virtue of which he's not entitled to sit as a senator at all.  He should be handing back his housing allowance and, it could be argued, his pay, traveling allowances and other personal perks and benefits he's pocketed while impersonating a member of the Canadian Senate.

So, why did Duffy make this curious admission and cough up the housing allowance dough?   A skeptic could wonder if he's got more than making Canadian taxpayers whole on his mind.   Could it be that Mike is really worried about those declarations he signed where he claimed he was resident in P.E.I. that allowed him to pocket some 40-thousand plus dollars?   It could (and still might) be argued that he knew or ought to have known he wasn't a resident of Prince Edward Island when he declared himself to be just that so that he could pocket the housing allowance.  It could (and still might) be argued that is fraud.  A suspicious mind could conclude that giving the money back is a way of saying "no harm, no foul" on the impersonator's part.   After all, "the rules aren't clear" and Mr. Duffy "may have filled out a form incorrectly."  Just take it from Duffy.

He took it from you.
Posted by The Mound of Sound at 7:35 AM