Extreme Weather Is the New Normal - Harvard Says So 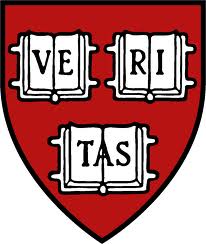 How can something be both "extreme" and "normal"?   That's a question not addressed in a report from Harvard researchers into the short-term impacts of climate change on America's national security interests.

"Lessons from the past are no longer of great value as a guide to the future,"

"Unexpected changes in regional weather are likely to define the new climate normal, and we are not prepared."


It's bone-numbing dry, all 130-pages of it, and there's not much in it that you hasn't been posted in more entertaining form on this blog but it is from Harvard.   Here is a selection of excerpts from the study.

The important societal implication of global warming in the near term is not that portions of the earth are going to experience higher temperatures, increased precipitation and increased droughts; it is that the extremes are likely to become more prevalent and more frequent. What was once a 1 in 100 year anomaly is likely to become a 1 in 10 or 1 in 30 year anomaly or even more frequent in the near future. Our infrastructure and agriculture is not designed to accommodate the increasing frequency and prevalence of such extremes. Human security and the interests of most nations are at stake as a result of such increasing climate stress. The national security context will change. The potential for profound impacts upon water, food and energy security, critical infrastructure, and ecosystem resources will influence the individual and collective responses of nations coping with climate changes. U.S. national security interests have always been influenced by extreme weather patterns. Now the risks will become larger and more apparent.

...the new field of decadal climate prediction is providing new capabilities to address near-term climate change with initialized forecasts (Meehl et al., 2009). The models do provide an overall context in which we can examine regional trends based on physical insights such as the observed expansion of the Hadley cell.
This report presents trends in the prevalence of annual temperature, precipitation, and freshwater extremes in six regions with high national security relevance: the U.S.-Mexico Border, the Eastern Mediterranean, Southwest Asia, the Himalayas, and China.

Improved understanding of both short- and long-term weather and climate phenomena are critically dependent on the continuation of such data collection. Unfortunately, because of budget constraints around the world, the basic earth observing capability – satellite remote sensing and in situ measurements – is declining. As a consequence we are losing data just at a time when it is of most importance. Since the data not gathered today are lost forever, we add our voice to those advocating continuation of the basic Earth observing system.

In terms of geo-engineering, the interventions include weather modification, adding sulfates into the stratosphere, injection of water into the tropical troposphere, and other schemes that have been proposed. There have been many weather modification activities carried out on sub-national scales in recent years, but no large-scale activity has yet been planned or funded. However, with impacts of global warming becoming more evident around the world, it is likely that some country or groups of countries may decide unilaterally to move beyond simple local weather modification to deploy some large-scale system. Little is known about how any of the large-scale geo-engineering projects will affect the climate. There are most likely to be both primary and secondary effects that cannot be predicted.

The abundance of water vapor in the atmosphere has increased and will continue to do so. A warmer atmosphere is capable of holding more water. When conditions favor precipitation, it is probable that the intensity of the resulting rain or snowfall will increase, reflecting the enhanced supply of water vapor. We also see greater frequencies of large precipitation events. We expect weather patterns that will be generally more extreme (and different from the past), as defined by increased incidences of floods in some regions compensated by droughts in others. This is the pattern that has been observed over the recent past, and the trend is likely to persist and become even more severe in the future.

Large-scale circulation patterns throughout the northern hemisphere will be increasingly affected by Arctic warming. It appears that Arctic amplification, the decrease in the overall gradient of temperature between mid and high latitudes, is consistent with a decline in the strength of the polar jet. A possible consequence could be larger north-south meanders in the jet as it progresses slowly zonally around the planet, leading to more variable weather patterns, including more severe winter outbreaks in the U.S. and Europe in the future.

Changes observed in atmospheric circulation include the poleward expansion of the tropical Hadley cell. There is observational evidence for expansion of the Hadley cell by as much as two degrees of latitude between 1979 and 2005. The major desert regions of the world are generally co-located with the descending branches of the Hadley circulation system. A poleward expansion of these descending branches of the Hadley cell is expected with greenhouse warming, but the observed expansion is actually greater than predicted by models. In any case, the expansion is likely to continue to cause arid regions to extend to higher latitudes: think of the Sahara Desert extending across the Mediterranean into southern Europe or the southwestern desert of the U.S. moving north into the grain-producing region of the country.


...With increased warming, tropical cyclones are expected to get stronger, continuing the observed trend in the North Atlantic, and mid-latitude storm tracks in the Northern Hemisphere are expected to move north. There is good evidence that precipitation intensity will increase, thus making impacts from a given storm more severe. Precipitation intensity is projected to increase almost everywhere on the planet, but increases of “dry days” (number of days between storms) is projected to increase over many extratropical areas.

The prognosis for the next decade points to the likelihood of continued and intensified weather and climate extremes. Continued human-induced forcing of Earth’s energy balance will affect the energetic state of the atmosphere and ocean, and perturb atmospheric circulation mechanisms in ways that are likely to enhance extreme conditions...

Sea level rise is accelerating. Observations show that sea level is going up at least twice as fast as projected by the latest IPCC assessment. The rise will be felt differentially around the world. Detailed predictions are hampered by a lack of knowledge of the processes that could contribute to acceleration in the melting of the ice sheets on Greenland and Antarctica. To determine the near-term impacts, more accurate measurements of the changing shape of the ice sheets and the melting processes are urgently required.

Regional effects of nearnear-term climate stress will be felt across the globe. Regional trends are driven by large-scale features of the climate system such as the ocean sea surface temperatures, the atmosphere’s water vapor holding capacity, and atmospheric circulation patterns. We can expect increased warming worldwide with amplification in the Arctic, a warmer ocean, more intense storm events in the tropical regions, generally drier subtropical regions, and likely wetter conditions in temperate and boreal regions but characterized by more intense and less frequent precipitation events. The effects are worldwide and impact all nations.

...Impacts will be felt on water, food and energy security, and critical infrastructure – each in the U.S. National Security Interest. Human security and the interests of most nations are at stake as a result of environmental changes we expect to see in the coming decades. It appears that the impacts of climate changes are more imminent than previously thought. This is cause for significant concern in the latter part of this century, but will affect society in significant ways today and through the coming decade. The impact upon human security and the individual, and the collective response of nations will be profound. The national security context will change. U.S. national security interests have been, and will continue to be, affected by extreme weather patterns.