Nobody is Safe Anymore. No One, Nowhere. 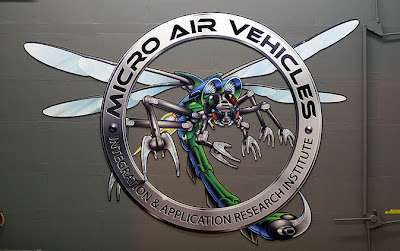 It's the latest, greatest thing in the Pentagon's toybox - MAVs.  Micro Air Vehicles like those shown in the following video already exist and they could take your last shreds of privacy.  They could even take your life.

What the military is doing is to develop better power, communications and control systems for their MAVs.   The civilian stuff relies on batteries that last just several minutes.   The military technology can operate for several days.
Posted by The Mound of Sound at 9:38 AM

Instead of war toys maybe we should encourage our governments to invest in... you know... peace?

People used to wish ‘if I can be a fly on the wall….’ Now it is literally possible.

@ LD, yes it is possible. There is video of these MAV's inside a building, going from office to office, photographing documents etc. and then transmitting them to receivers outside.

@ Elliott - I don't think our governments listen to us anymore, I really don't. But that's what happens when corporatism insinuates itself between the electorate and the people they place into office.