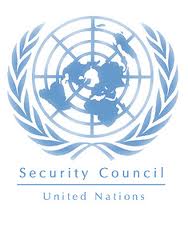 The United Nations Security Council is conducting hearings to explore the connections between climate change and global conflict.

Imagine India in 2033. It has overtaken China as the most populous nation. Yet with 1.5 billion citizens to feed, it’s been three years since the last monsoon. Without rain, crops die and people starve.

The seeds of conflict take root.

This is one of the scenarios Joachim Schellnhuber, director of the Potsdam Institute for Climate Impact Research, will present today to members of the United Nations Security Council in New York to show the connection between climate change and global security challenges.

Either rich nations will find a way to supply needy nations suffering from damaging climate effects “or you will have all kinds of unrest and revolutions, with the export of angry and hungry people to the industrialized countries,” Schellnhuber said in an interview.

Climate change is a “reality that cannot be washed away,” according to notes prepared for diplomats at today’s session.

“There is growing concern that with faster than anticipated acceleration, climate change may spawn consequences which are harsher than expected.”

...Climate change will complicate resource management, particularly in Asia where monsoons are crucial to the growing season, according to the 140-page Global Trends 2030 report, produced by the U.S. intelligence community. It will worsen the outlook for availability of critical resources of food, water and energy, the report said.

Fortunately we live in Canada where we're immune to climate change and don't have to waste time discussing it.
Posted by The Mound of Sound at 10:28 AM