Call It What You Like - Homeland, Vaterland, Rodina - It's All the Same 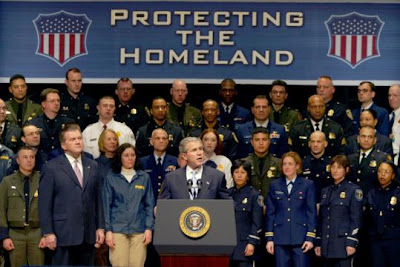 On the 10th anniversary of the creation of America's Department of Homeland Security some are deeply worried about the connotation of the word "homeland" itself in the evolution of today's American security state.   Could it echo the dark days of Germany's Vaterland or Stalin's Rodina?

Once upon a time, “homeland” was a word of little significance in the American context.  What American before 9/11 would have called the United States his or her “homeland” rather than “country”?  Who sang “My homeland, 'tis of thee, sweet land of liberty”?  Between my birth in 1944, as World War II was drawing to a close, and September 11, 2001, I doubt I ever heard the word in reference to the U.S.

There was a reason: “homeland” had a certain ring to it and anyone would have known at once just what that ring, that resonance, was.  Not to put too fine a point on it, we’re talking about the ring of evil.  It sounded like the sort of word the Nazis or maybe Stalin would have used as the terrible totalitarians of the previous century mobilized their people for horrific wars and heinous crimes. 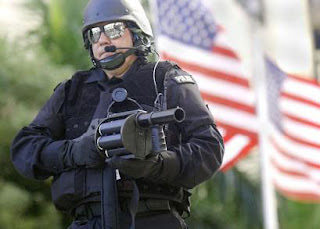 It’s true that, in the run-up to September 11th, somewhere in the corridors of Washington, there were right-wingers already pushing to homeland-ize this country.  The word, along with the idea of creating a future Office of Homeland Security, was then gestating like the monster baby in the movie Alien, awaiting its moment to burst forth.
---

Imagine a labyrinthine government department so bloated that few have any clear idea of just what its countless pieces do.  Imagine that tens of billions of tax dollars are disappearing into it annually, black hole-style, since it can’t pass a congressionally mandated audit.

Now, imagine that there are two such departments, both gigantic, and you’re beginning to grasp the new, twenty-first century American security paradigm.

For decades, the Department of Defense has met this definition to a T.  Since 2003, however, it hasn’t been alone.  The Department of Homeland Security (DHS), which celebrates its 10th birthday this March, has grown into a miniature Pentagon. It’s supposed to be the actual “defense” department -- since the Pentagon is essentially a Department of Offense -- and it’s rife with all the same issues and defects that critics of the military-industrial complex have decried for decades.  In other words, “homeland security” has become another obese boondoggle.

Perhaps the strangest part of homeland security operations may be this: there is no agreed-upon definition for just what homeland security is. The funds Washington has poured into the concept will soon enough approach a trillion dollars and yet it’s a concept with no clear boundaries that no one can agree on.  Worse yet, few are asking the hard questions about what security we actually need or how best to achieve it.  Instead, Washington has built a sprawling bureaucracy riddled with problems and set it on autopilot. 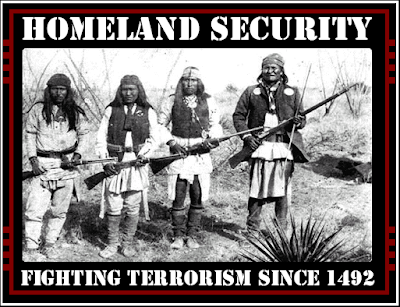 It seems drug smuggling at the US, Mexican border is among their areas of interest as well. From a CBC article;

"The pair was stopped at the Veterans' International Bridge in Brownsville on Jan. 21, said U.S. Customs and Border Protection spokesman Eduardo Perez, although he declined to release their names.

When officers searched the RV, they discovered 14 packages hidden under the fibreglass shower and in the walls, he said.

The packages contained 15.9 kilograms of alleged cocaine, with an estimated street value of $508,000, Perez said.

"The male and female were arrested and were turned over to U.S. Homeland Security Investigations for further investigation and of course CBP seized the narcotics and the vehicle involved," he said.

The Veterans' International Bridge crosses over the Rio Grande between Matamoros, Mexico, and Brownsville, Texas."


More on the bullets story from MSN

I think Homeland Security is going to become ever more engaged with the US/Mexico border. There is plenty of anticipation of a critical climate migration problem arising at the Rio Grande. Some, like Gwynne Dyer, believe the U.S. might eventually transform its border into something akin to the heavily mined,fortified and booby-trapped DMZ between South and North Korea.

home land security is just another term for internal survillance such as you see in china and other dictatorships. once people are used to the current organization it will morf into its intended use. if any one really wanted to save money, they would only have to get rid of this dept and the savings would work very nicely in reducing the deficient. as the u.s.a. slides into further collapse it will become unmanageable with little social services, too many guns, and just another somolia. the 1%ers will have achieved their goal and destroyed the middle and working class. The intent is to destroy the usa so it will no longer be something other countries aspire to be.