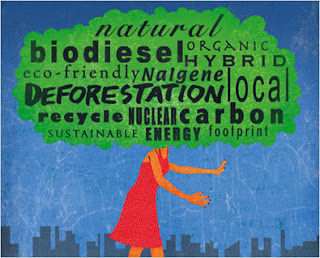 A survey of   22,812 respondents in 22 countries has found that only 49% consider climate change a very serious issue.   Public concerns about environmental issues has slumped to a 20-year low.

Worries about climate change first dropped in industrialised nations but they have now also fallen in developing economies including Brazil and China, according to the survey by GlobeScan Radar.

The declining interest in climate change comes amid a backlash against costly green energy investments in an age of austerity.

The "carbon bombs" have been primed, the fuzes lit.   Voter indifference is all that's needed for the fossil fuelers to forge ahead and so they will.

Attention is turning to Australia where a Liberal-in-name-only conservative party, headed by a climate change denialist, is poised to take over in elections in September.

In Australia, decades of hard-fought conservation gains are at risk of being wiped out after 14 September. That's when the incumbent Labor government faces oblivion at the federal election, at the hands of the conservative Liberal Party.

This is despite the introduction of a carbon price, billions of dollars for clean energy projects, a landmark extension of marine national parks, and recent news that carbon emissions from the world's largest per- capita emitter have actually reduced.

Since then, the conservative opposition, led by climate change denying Tony Abbott and supported by extreme elements in the Murdoch-owned press, has waged a relentless campaign against the carbon price.The fear is that Abbott's climate denialism, coupled with a desire to get even with groups who opposed him, will see environment groups targeted.

Even though it was supported by high-profile Australian celebrities, with Cate Blanchett and Michael Caton appearing in ads, and public rallies in major cities, community support for the carbon price actually fell, declining from 46% support to 37%. Opposition to the carbon price also rose from 44% to 56%.

Given the dramatic arrival of  what are merely "early onset" climate change impacts such as the drought of 2012, Britain's massive flooding, Hurricane Sandy and the inundation of New York City and devastation of the Jersey shore and the even worse conditions in Africa, the Middle East, south and east Asia, the global collapse of public concern over climate change is a triumph of Herculean proportions for the powerful denialism industry.

The denialists won't win but winning has never been integral to their strategy.   They simply want to extend a very corporatist status quo for as long as conceivably possible which is, essentially, until nature finally intervenes to stop them.   Unfortunately that's the point at which it also intervenes to stop us.
Posted by The Mound of Sound at 9:41 AM