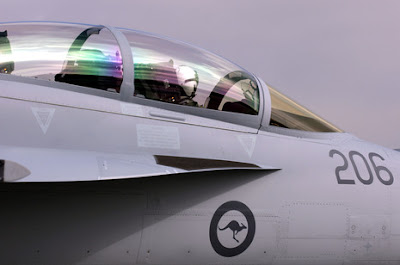 Another apparent setback for the F-35 light attack bomber.   The Pentagon has informed Congress of plans to sell twelve more F-18 E/F Super Hornets plus a dozen electronic warfare F-18 Growlers to Australia.   The two dozen jets, including the electronically sophisticated Growlers, will come in at around $3.6 billion including parts, training and logistical support.

In 2007, concerned about delays and cost overruns in the F-35 programme and faced with the need to retire aging F-111s, Australia opted to buy an initial batch of 24 Super Hornets.
Posted by The Mound of Sound at 11:53 PM