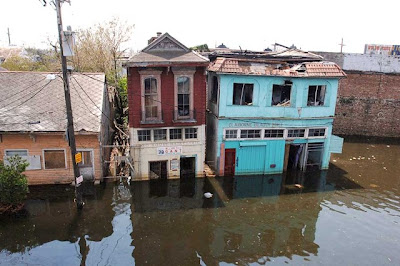 Many of us have at one time or another wanted to visit New Orleans, The Big Easy.  If you still want to go, you might want to go sooner rather than later.

Stunning new data not yet publicly released shows Louisiana losing its battle with rising seas much more quickly than even the most pessimistic studies have predicted to date.

While state officials continue to argue over restoration projects to save the state’s sinking, crumbling coast, top researchers at the National Oceanic and Atmospheric Administration have concluded that Louisiana is in line for the highest rate of sea-level rise “on the planet.”

Indeed, the water is rising so fast that some coastal restoration projects could be obsolete before they are completed, the officials said.

When new data on the rate of coastal subsidence is married with updated projections of sea-level rise, the southeast corner of Louisiana looks likely to be under at least 4.3 feet of Gulf water by the end of the century.

Even heavily populated areas, such as New Orleans, appear to be sinking faster than expected, in fact even faster than some areas along the coast.

Southeast Louisiana — with an average elevation just 3 feet above sea level — has long been considered one of the landscapes most threatened by global warming. That’s because the delta it’s built on — starved of river sediment and sliced by canals — is sinking at the same time that oceans are rising. The combination of those two forces is called relative sea-level rise, and its impact can be dramatic.

It's a Trifecta - subsidence, coupled with sea level rise and then hit with hurricanes and storm surge.   After Hurricane Katrina some experts recommended that New Orleans simply be abandoned, surrendered to the sea and storms.   It's starting to look like they were right.  This guy probably still won't agree. 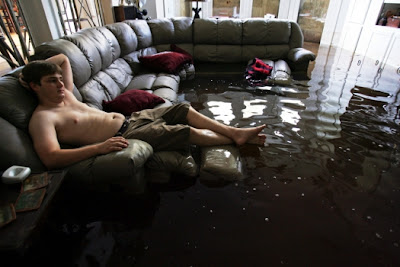 I've been to NOLA twice before Katrina and it was a magical place for it's history and culture. I remember in the wake of Katrina many experts saying that rebuilding was pointless because of the reasons that you cite. Part of me knew that logically the science was sound but another part of me thought of what an incredible cultural loss it would be.

Anyway, I wrote about it back in the day:

What a splendid gift, BY. I got to connect you to your blog and found it intriguing, albeit brief. I had always assumed you were a multi-layered personality by the comments you've left here over the years.