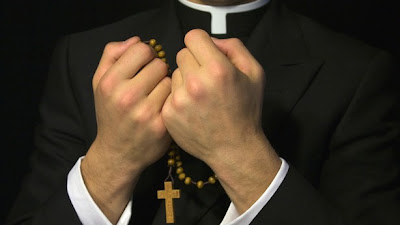 The debate is open again as to whether Roman Catholic priests should have to be celibate.


Britain's most senior Catholic has suggested Catholic priests should be able to marry and have children, saying the demand for celibacy was not of "divine origin".

In one of the most significant breaks with Catholic orthodoxy, Cardinal Keith O'Brien said many priests found it "very difficult to cope" with the celibate life and suggested lifting that ban could soon happen in the wider church.

The cardinal suggested that the next pope could review the marriage ban for priests. Marriage is allowed in some cases within the church already. The English Catholic church has accepted married former Anglican priests, under a policy introduced in 2011 by the present pope, Benedict XVI.

In an interview with the BBC, he said there were some elements of Catholic teaching which were "basic dogmatic belief" – such as opposition to abortion and euthanasia. But the proscription against priest's marrying was not one of them.

"For example the celibacy of the clergy, whether priests should marry – Jesus didn't say that," O'Brien said. "There was a time when priests got married, and of course we know at the present time in some branches of the church – in some branches of the Catholic church – priests can get married, so that is obviously not of divine origin and it could get discussed again."