In Britain, They're Betting on Extinction 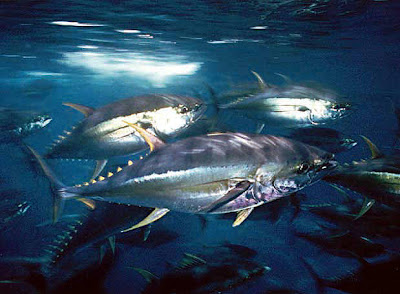 The gambling company Ladbrokes has been offering odds on the conservation status of various fish species. Earlier in the week it was taking bets on mackerel after it was taken off conservationists' "fish to eat" list last month. Recently it has encouraged people to punt on the survival prospects of stocks of yellow fin tuna, swordfish and haddock. You can, if you wish, gamble on extinction.

Just before Christmas (which could explain the paucity of coverage the story received), the British government gleefully tore up the scientific advice, trampled the evidence, ignored the pleas of conservationists and gave two fingers to common sense by fighting to prevent the European Union from cutting the catch in the seas surrounding this country.

Thanks to British lobbying, a proposed 55% cut in the tonnage of haddock caught in the Celtic Sea was reduced to 15%, while off other parts of the British coast, plaice, sole, scampi, whiting and herring quotas were increased, though the stocks are at a tiny fraction of their historic levels. All our main commercial species are constantly teetering on the edge of ecological collapse, as the industry fishes right up to and often beyond the point at which they can sustain even their desperately depleted numbers.

Elizabeth May could be right when she claims we're being governed by some reincarnation of Emperor Constantine but it seems that, across the pond, it's Emperor Nero presiding.
Posted by The Mound of Sound at 9:49 AM