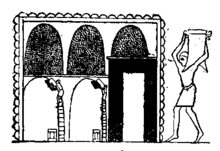 I generally agree with Paul Krugman's Keynesian economics.  One part of the theory holds that, in times of recession, government should get capital moving again by spending on works projects - getting money back into the economy.   The theory is that it's okay for government to borrow the money because spending can be cut and the debt repaid out of tax revenues after the economy recovers.

It's a very good theory - for the 20th century.   It's not clear that it remains valid in the 21st.   The theory is all fine, in theory, but it's based on a critical assumption that was reasonable in the past but may be far less certain in the future - the recovery.   For this theory to work, recession must be followed by a strong, growth-fueled recovery that allows government cutbacks and generates increased government revenues to pay back the recessionary borrowings.

What happens if there is no strong recovery?   America now seems trapped in a bubble economy, the legacy of its flight from manufacturing into a FIRE (finance, insurance, real estate) economy.    Remember the "savings and loan" bubble, the dot.com bubble, the housing and mortgage bubble that led to today's new housing bubble and the companion energy or carbon bubble?  How will America realize a strong, economic recovery out of that?

As Kevin Phillips discussed in his book, "American Theocracy", countries that shift from relatively robust manufacturing to fragile FIRE economies have increasingly poor outcomes in recovering from recessions.   That makes the post-recessionary Keynesian model of cutbacks and deficit reduction ever harder to achieve.

The Pharoahs had the right idea.   So did Paul Martin.   The Pharoahs protected their reign against the unrest typical from famine by building grain silos and keeping them full.  They employed Rainy Day economics.   Paul Martin went from putting the federal budget back on an even keel and eliminating the deficit to building up the federal treasury, again Rainy Day economics.

Along came Steve Harper with his dank ideology and he proclaimed the nation's security blanket a misappropriation of taxpayer property that he proceeded to squander by GST cuts.  So successful was Harper at de-funding our federal government that, when he got overtaken by the 2008 fiscal meltdown that he tellingly didn't see coming, he had to go to the markets to borrow money for a stimulus budget.   Now Harper continues to run deficits in hope of a future strong recovery even as he imposes austerity measures to dim the prospects of that recovery.

If we do get out of Harper's mess and our economy recovers enough to clean up our federal debt we shouldn't pass up the chance to reinstate Paul Martin's prudent approach, Rainy Day economics.  It's the other half to making Keynesian economics work.
Posted by The Mound of Sound at 11:23 AM

This post fits perfectly with my latest post on Canadian Trends. However, I have to disagree with your take on Martin. Interviews in the YouTube movie 'oh Canada movie (YouTube search it) show clearly how clueless he was about his reckless financial policy. The great economic savior Paul Martin could not even force fly explain inflation.

Paul Martin advocated the same G20 system as harper as I've noted several times. His rainy day economics are over shadowed by his decisions which has resulted in a coming hail storm.

Hi Richard. Thanks but I don't see it quite your way. Martin did build up the federal treasury and he resisted the constant demands from Canadian banks to be permitted to engage in the sort of casino capitalism that brought down so many American and European banks. That was far from easy and he deserves full credit for it. What saved Canada was that Harper didn't have time to deregulate Canadian banking before the 2008 crunch hit. He already had it underway but he was thwarted by events.

Despite Martin's drawbacks, both political and economic, I generally agree with your analysis with a few exceptions. (Though I do think that in the final analysis Martin has to be blamed for promoting a corporatism that the Cons simply magnified, but that is a long story)

What is frustrating is that in any "normal" situation, the media would already have slayed the CON government by exposing them as the astonishingly incompetent fiscal mismanagers that they are. However, now we just have a media that has an interest in the 'third-world' economy that the CONs are creating.

So the real question becomes - How long until events turn far enough for the media to turn on Harper?

I don't know if you've seen the Oh Canada movie, if not here is a link to it: http://www.youtube.com/watch?v=UbACCGf6q-c - I really suggest you watch it if you haven't as the interviews contained within are all with our politicians and their complete lack of awareness (including Martin's) of our financial system is simply astonishing.

I've also pointed out several times on my blog that our banks are fully engaged in casino capitalism, our own crisis simply hasn't hit us yet. Harper is simply continuing the same reckless policies we've been following, only their context has changed due to the current "economic climate".

Hi Richard. I watched it, or as much as I could endure, but I found it far less persuasive than you did. Random, purposefully edited clips, that provide neither the question nor the complete answer, can be powerfully manipulative of those willing to accept that sort of thing. It's the very tactic that the right is so fond of using. I don't find it particularly helpful or informative.

@ KC. What passes for a Canadian media today bears little resemblance to what once was an actual "free press." Through relaxation of controls on concentration of ownership and cross-ownership a corporatist media cartel quickly emerged.

It's telling that only one party, mine, has a policy specifically aimed at dismembering the media cartel and restoring a free press in Canada. Unfortunately my party has but one sitting member in Parliament.

So which aspect of the information are you not convinced about? Are you saying that is not how money works within Canada?

I'm very intertested to know which points you dispute, and why. Yes, the interviews are cut, but they are cut because the intervies are not the documentary, the information being conveyed is which he then provides a multitude of interviews with all 4 parties to support his assertions.

Watch the whole thing so you can get all of the context.

The points could be valid, Richard, every one of them. I'm poorly equipped to dispute them although I'd like to hear someone knowledgeable give it a try. It's when I run into hatchet-job editing that I instinctively move along. It just undermines, for me at least, the credibility of what I'm watching or reading. Sorry but I'm just hot interested in watching it. Not my thing.

I would add that, with peak oil, the higher cost of energy could prevent any economic recovery.

The huge and growing amount of debt is a problem, taking money away from productive economic uses.

Going forward, I believe we can't expect to have the levels of economic growth that we had from 1950-2007; the resources just are there to allow it.

You're right, Hugh, that growth as we knew it in the post-war era is over. For the first time in the history of our and every other life form on this planet, we have reached (and exceeded) the physical limits of our planet, our biosphere. There is nothing in the experience of our civilization remotely like this and even those who have been lucky enough to receive higher education have no preparation for what we're experiencing today. Perhaps that explains why our political leadership seems incapable of comprehending our current circumstances and those that await in our short and mid-term future.

I was mulling this over. Everywhere you look is massive debt load: Canada, US, Japan, EU, BC, BC Hydro etc.

The debt load keeps growing. The govt will try to maintain the delusion that we can sustain the debt with economic growth, and by inflation. But we know it won't work.

I think the eventual outcome is default. Default and financial meltdown is not necessarily bad in the long run. Debts will be wiped out, then you rebuild. It has happened often in the past. A financial wipeout could be seen as a good thing, although messy and painful.

The problem is how to deal with it, with the least amount of suffering. People are smart, creative and resourceful.

We ought to set a PMs time he can serve......five years at the most....works very well for South Korea where they get things done if the Presdent wants any kind of reasonal accessment in history books. For heavens sake...Paul Martin...again..shows something not quite right.

I'm not a big fan of term limits provided we have electoral reform such as a viable type of proportional representation.