This Is Truly Mind Bending 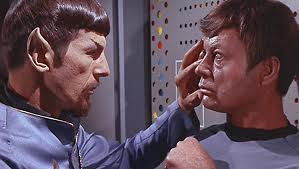 Researchers have found that it's possible to electronically link the brains of two lab rats even across vast distances.

Scientists have wired the brains of two rats together and shown that signals from one rat’s brain can help the second rat solve a problem it would otherwise have no clue how to solve.

The rats were in different cages with no way to communicate other than through the electrodes implanted in their brains. The transfer of information from brain to brain even worked with two rats separated by thousands of kilometers, one in a lab in North Carolina and another in a lab in Brazil.

“We basically created a computational unit out of two brains,” says neuroscientist Miguel Nicolelis of Duke University, who led the study.

The brain-to-brain communication link enables the rats to collaborate in a novel way, he says. ”The animals compute by mutual experience,” he said. ”It’s a computer that evolves, that’s not set by instructions or an algorithm.”

Wait until the military applications of brain to brain communications emerge.   Imagine a platoon of soldiers, their brains electronically linked to their sergeant's.   Or imagine yourself being linked to some intellectual genius, a "master brain."  Thought Control anyone?

Is Harper's brain linked to another brain? I hope it is not a rat's brain.

If the world wuz run by a single mean assed
canuck top sarge, Mound
we'd all be in a better place
hup to three four ..

Our boots would be shiny
our hair slicked back or bobby pinned
ears pinned too
and we'd never ever suck eggs
or back down from the clowns
or the likes of Harper, Oliver or Kent

or playboy pricks n dicks like Mackay, Poilievre,
or dead duck, walking dead such as Del Mastro
n such ..

And sure as hell we'd know we are Canadians
ready to swim ashore,
keep our guns n ammo dry,
eat sharks, spit out the bones
n waste no time talkin bout it

n there won't be a single person
aint proud n appreciative
to walk the streets safely
knowing they're Canadian
can't be f'd with ...

Sal, I don't know whether to laugh or cry.

Roll up our sleeves

n get to work