At Least We Realize Our Government is Seriously Corrupt. 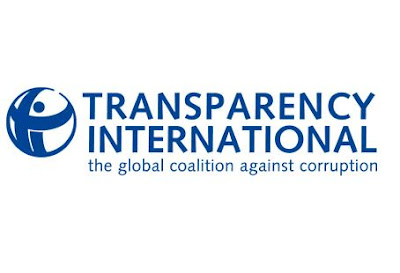 Americans know their politicians are corrupt.   Three quarters of U.S. citizens surveyed by Transparency International viewed American politics as "corrupt" or "very corrupt."   That says something, nothing good, for the self-proclaimed "greatest democracy on earth."

What was a bit surprising was that 62% of Canadians, along with majorities of Aussies and Brits, also consider their governments corrupt.   Most western Europeans seem to be of the same mind.

Hmm, I wonder if the Harper government's obsessive secrecy and dishonesty have anything to do with these sorry numbers?
Posted by The Mound of Sound at 7:16 AM

Having lived in a third world corrupt country, I can tell you that the last few years under the Harper govt, Canada has become almost as corrupt. The difference is that virtually all the people there realize that their govt is very corrupt. Here, it seems some 35% of Canadians are unable to even realize what their country has become. Sad.

You're right. When one in three doesn't know or doesn't want to know how corrupt our power-crazed government has become it is sad - and scary for the country.