The Feral Hogs of High Finance 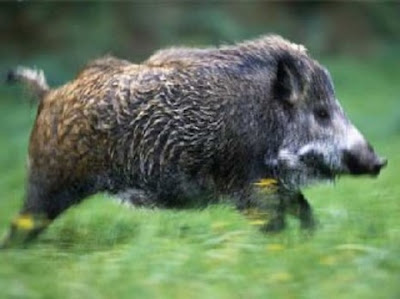 The Toronto Star's Richard Gwyn chronicles how the masters of high finance have fallen low.


Today the status of the professions of banking and of financial management is nearer to that long occupied — most times quite unfairly so, in fact — by used car dealers.

A couple of weeks ago, a senior member of the august U.S. Federal Reserve Bank used the phrase “feral hogs” to describe the actions of some in the banking industry.

According to a retired Goldman Sachs vice-president, the managers of this financial company refer to their own clients as “muppets,” while the company’s corporate culture is, in his term, “toxic.”

Recently, the influential Economist magazine described as “rotten” the long-running Libor rate system by which a small group of international banks has long fixed the most influential of all rate systems, principally for their own corporate — and personal — benefit.

All these comments about an industry that for centuries has been treated with such reverence are highly unnerving.


During the crisis of 2008 that almost set off a global depression, Ireland’s condition was more desperate than that of any other country because of a bloated real-estate bubble caused by wild overlending by its banks. To avoid a financial collapse, its government pledged to cover any losses by its banks.

The country’s largest bank, the Anglo-Irish, pulled together its senior executives to consider what should be done. For some reason, this private session was taped. A few weeks ago, a copy of the recording was leaked to the press.

At that meeting, it now turns out, one senior executive was asked why Anglo-Irish had told the government its potential losses were some 7 billion euros when in fact the true figure was 30 billion, or almost five times higher. The executive’s description of where the estimate had come from was, “I picked it out of my ass.”

After learning that they had successful cheated the government, the Anglo-Irish executives then broke into a mocking chant of “Deutschland über alles” — or “Germany above all,” meaning that most of the money to bail out the bank would come from either German or Irish taxpayers.

We should really start looking at our top bankers differently.  Their interests and the public's are not co-terminous.   Yet the institutions they run are creatures of statute, enabled, privileged and protected by government.   In other words, our chartered banks owe a huge debt to the public that has made them possible.  Maybe it's time we saw a little return on that debt.
Posted by The Mound of Sound at 10:12 AM

Where do you work? In a bank! Ohhhhh! You must be smart huh!!

The high priests of finance have been defrocked.