Why I Worry So About Canada's Middle Class 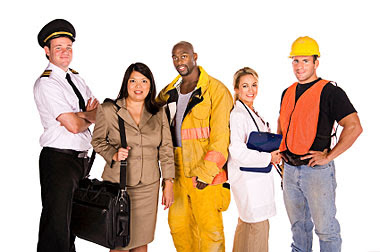 All you need to do is take a hard gaze south of the 49th to understand why Canada's political apparatus is failing our middle class and what lies in store if we don't confront this failure very soon.

The United States has undergone "Brazilification," a term coined to describe the “widening gulf between the rich and the poor and the accompanying disappearance of the middle classes.”

It's been going on for decades, back as far as the Reagan era, and the war on the American middle class already may have been lost - for good.

Yes, the unemployment rate has edged down to 7.6 percent, but America is well on its way to becoming a nation of part-timers and full-time temps. According to the Bureau of Labor Statistics, the number of involuntary part-time workers rose by 322,000 to 8.2 million in June, while the ranks of temporary-help service employees have swelled to a record 2.68 million. Meanwhile, the employment-population ratio, the percentage of adult Americans who hold a job, has dropped nearly 2 percent to 58.7 percent since Barack Obama took office.

For now, see the grim world of Bruce Springsteen’s 2012 album Wrecking Ball. For the future, look for pockets of wealth surrounded by functional despair, where the “haves” are cocooned or walled-off from the “have-nots.” As Sherman McCoy said in Bonfire of the Vanities, “Insulate! Insulate!” And the Masters of the Met do just that.


But America was supposed to be different, and for a long time, it was.  Now, in the charged words of Charles Murray, “America is coming apart.”

According to Murray, “for most of our nation’s history, whatever the inequality in wealth between the richest and poorest citizens, we maintained a cultural equality known nowhere else in the world—for whites, anyway.” But not anymore, as Murray describes an ever-widening gap that is not simply spatial, but an ever more insurmountable one that runs from cradle to grave.

Of course Canada is not America, true enough.   But we're not safely distinct from America either nor are we immune to its contagions.   Some months ago I read of Harper FinMin and garden gnome, Jimbo Flaherty's, annual retreat for top Canadian CEO's where the big boys would get away to relax and hand Jimbo their shopping list of legislative changes.  The gist of this account was that our Captains of Industry routinely press our corporatist government for changes to bring us into line with conditions to the south and, judging by Harper's relentless war on organized labour, the Tories seem quite willing to deliver.

Are we going to go the way of the United States?  The only thing you need do to guarantee that outcome is to imagine it could never happen here.
Posted by The Mound of Sound at 11:22 AM

What Americans and Canadians fail to understand, Mound, is that the United States is no longer a shining light on a hill.

It is a warning and the source, not of inspiration, but of despair.

StatsCan study on 2006 census shows stretching at both ends of economic spectrum. Class differences.
Median earnings among those in the middle remained status quo, registering a mere 0.1 per cent increase over 25 years.
The number hitting $100,000-plus nearly doubled to 6.5 per cent in the last quarter century. Meanwhile, the number of full-time workers earning upwards of $150,000 rose one per cent, accounting for some 2.2 per cent of workers.
In 2005, there were 601,510 full-time workers raking in $100K-plus salaries — a 26 per cent jump over 2000.
According to the 2006 census, nearly 3.5 million Canadians, or 11.4 per cent of the total population, are living in low-income households. Nearly 15 per cent of them, some 879,955, are children under age 17.
The low-income rate was higher for children in female lone-parent families, regardless of their mother's employment status, and for recent immigrants. The number of seniors living below the low-income cutoff, Statistics Canada's basic measure of poverty, jumped nearly 25 per cent between 2007 and 2008, to 250,000 from 204,000, according to figures released on Wednesday by Campaign 2000.Economists say women make up as much as 80 per cent of the increase in seniors poverty. What a sad state of affairs in a country like Canada.

It is a warning, Owen, one we ignore at our peril. We really need to craft strategies that will keep us from being swept down into their economic whirlpool. That's not going to be easy - or painless - but we may have to accept a bit of pain as the price for preserving Canada for those who follow.

The stats you present, Anyong, speak clearly for how far we have to go and the urgency in dealing with this.

You would think that realities like this would be at the forefront of the national debate; that the opposition would be hammering these home on Harper's head; but that's not happening. Why do you think that is?

"Why do you think that is"? They simply do not want to rock the boat of big business nor be put in a position of using their brain for the better.