What Do Harper, Mulcair and Trudeau Have in Common? Plenty. 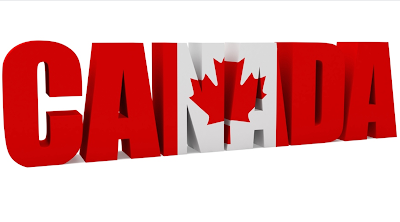 It strikes me that if you want to avoid trouble it's probably best not to look the other way while it approaches.   There's something about taking one upside the head unnecessarily that seems counter-intuitive.

So why are we doing just that on so many fronts?   Why do we keep turning our heads, looking away?  I don't get it.

We don't seem to have much interest in shoring up democracy in Canada.   No one, except the Greens, is talking about cutting out the tumour before it metastasizes - dismantling the corporate media cartel.  No free press, no democracy.   Simple as that.

Concentrated, corporate-owned media and politics are mutually corrupting because each can, and invariably will, do the other invaluable favours all at the public's expense.  For both of them, it's "win-win."  For you it's all "lose-lose."

Now this should be evident to defenders of democracy like Tommy Mulcair and Justin Trudeau.  I'm sure I haven't heard them speak out on this perhaps because I haven't been in the right place at the right time.   But I'm certain many of you must have heard them bravely championing the restoration of Canadian democracy, right?  Right?

And, of course, a functioning democracy operates to bolster the middle class by upholding middle-class values like collective bargaining and equality in wealth, income and opportunity.   A viable democracy recognizes that inequality is largely the creature of government policy (read:  Stiglitz, The Price of Inequality) that ultimately favours the rich over everyone else.   Government crafted inequality is the stock in trade of corporatism.  It is government in league with the rentier class against the white and blue-collar working classes.   Curiously, I haven't heard Trudeau or Mulcair speak out on this either.  Have you?

Of course none of this is going to matter much twenty or thirty years down the road if we don't come up with an effective response to the problems of climate change.   Some compare it in seriousness to the nuclear threat of the Cold War.  They're wrong.   The nuclear threat was just that, a threat.   Climate change is no threat.   Climate change is the Soviet ICBM already in the air.  It's very real, it's here and a lot more is on its way and it portends catastrophe for our kids and grandkids that it is our duty to avert.   Fill me in, what do Trudeau and Mulcair have in mind on this one?

You see, here's your problem.   Stephen Harper is one of those guys who instinctively looks the other way as these threats draw ever nearer.  That's bad, very bad for our kids.   The real problem, however, is with the opposition leaders, Mulcair and Trudeau.  On all three issues addressed here, they're really not much different than Sideshow Steve.   They don't want to act, to make things right.  They just want to succeed him.

We have very serious problems in this country.  Our democracy is not safe from corporatism.  Our society is imperiled by inequality.  The future of our children and grandchildren is at serious risks from climate change.   Face it, someone who's goal is to succeed Stephen Harper is not going to deal with these challenges.
Posted by The Mound of Sound at 9:16 AM

The Greens are part of the problem too. In the last election and many by-elections and provincial activities since, they've tried to make use of 'mainstream media' much like the other parties.

When the NDP made a commitment to spend more than $4 million on TV ads in the last federal election (and I think they spent more) all they did was line the pockets of the people that hate them the most: those in charge of the capital of this country.

You're right: it's time our politicians stopped spending money on mainstream media and invested with alternative channels and communication groups.

How can Mulcair and Trudeau speak out about the concerns stated in your blog? If they do, they will bite the hand of corporate Canada who will support one of them into the Harper position. Neither Mulcair or Trudeau is going to rock the boat nor will they make changes all while they will be able to get away with it.

So we should just vote for you for PM? Don' t you crave votes enough already?

@ Anon 12:36. One reason I left the Libs for the GPC was their clear policy to force divestiture of media ownership and dissolve the cartel.

Why is it only the Greens will speak to that? Why will the Liberals and the NDP not defend Canadian democracy?

Anyong, I agree with you and that dereliction in leadership is a major reason why so many of the electorate have become politically disengaged.

@ Anon 1:08. Do you work hard at being so idiotic or does it just come naturally to you? You really are a silly little bugger, aren't you?

I have a sneaking suspicion, Mound, that Canadians who are attracted to the flavour of the month, Justin Trudeau, will have the same experience we in Ontario ultimately had. After the reign of the hateful Mike Harris years, Ontario chose the McGuinty-led Liberals. While he had a more pleasing demeanor, his policies really were not that different form Harris. Sure, he gradually raised the minimum wage, but it remains woefully inadequate, not anywhere approaching the rate rate of inflation. It has remained unchanged, I think, for four years. The same goes for social assistance.

As your post indicates, little will change should either of the two main opposition parties form the next federal government, other than the fact that voter disillusionment and disaffection will grow.

The Greens can say anything they want. They are not a threat to forming government so it doesn't matter what they say. The BC Liberals took out a full page ad in the Times-Colonist in the last election supporting them, knowing it will hurt the opposition. Sterk and May were overjoyed at this freebee from Christy.

Lorne, I cannot remember our nation at the crossroads of so many challenges - to our democracy, to our society, to our environment - all at once and yet with political parties seemingly averse to engaging these challenges. The great problems of the day are wiped off their radar screens as though by ignoring them they won't worsen, becoming ever more intractable and toxic.

If these perils are allowed to become large enough they will overwhelm us and we will wind up having to submit to options not in our best interest. Why would the opposition parties consign the Canadian people to that outcome? Are they that bereft of the courage required of leadership? I see nothing to suggest otherwise.

@ Anon 7:00 - would you rather then that nobody say it, that nobody even try to raise the bar? "...it doesn't matter what they say." That's a sad reflection of your cynicism that builds the sort of dysfunction that ensures we'll have no hope of dealing with these threats on our own terms.

Ask yourself, if you've so easily thrown in the towel already, why should anyone heed anything you have to say? If you can't help to build an effort to change this, please just go to your corner, be quiet, and get the hell out of the way.