It Worked for Capone, Now Let's Use It on Multi-Nationals 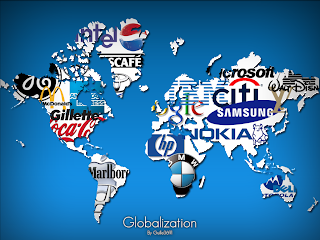 Tax evasion is a crime.   Multi-national corporations are criminals.  In fact, the G20 is warning that advanced countries are facing "global tax chaos" as multi-nationals evade taxes by laundering their revenues through low-tax or no-tax havens.

The buggers really do think they're above the law, a clear impression they've received from our politicians for thirty years or more.

On Friday, the [British] chancellor, George Osborne, will hail a two-year action plan drawn up by the OECD thinktank to clamp down on questionable international corporate tax practices.
The long-awaited report, prepared for a meeting of the G20 finance ministers in Moscow this weekend, says a "bold move by policymakers" is necessary to prevent a worsening in the position. The OECD calls it "a turning point in the history of international co-operation on tax".

The action plan sets out 15 initiatives for arming tax authorities around the world with the tools to crack down on some of the areas international leaders agree are among the most widely exploited by multinational tax avoiders. These initiatives are to produce a range of recommendations for changes to the tax treaty rulebook, with deadlines ranging from 12 months to two and a half years.

Among the highlights are additional disclosures multinationals must make to all tax authorities, helping officials know where to look for the worst avoidance. There are proposals to require companies such as Amazon with extensive warehouse networks in a country to pay more local tax; multinationals posting high-value "intangible" assets, such as brands and intellectual property rights, to tax havens will also be targeted, as will tax breaks introduced by individual countries that are seen as predatory.

The report sets out 15 separate actions the international community needs to take to modernise a tax system established in the 1920s. It argues the tax system is outmoded and unequipped to deal with mobile multinational firms that have found innumerable ways of avoiding tax, often by shifting profits to low-tax countries.

One typical way this scheme works is to ship an important commodity or component out of a low-tax country where you've set up a distribution subsidiary.   Say, for example, that you're a global coffee shop giant.   You ship the coffee beans your shops use at several times their fair market value from your tax haven.   Your coffee shops in London, Paris or New York, buy those beans at inflated prices thus effectively exporting actual profits, tax free.

But that's wrong, that's crooked, isn't it?   Not as far as the multi-national laundering its profits is concerned.  To them, that's business.    The way to stop this is to prosecute them from the CEO on down.   Indict them, put them through a public trial where working people can see what they've been up to, convict them and then show them to a nice suite in the Greybar Hotel.
Posted by The Mound of Sound at 8:19 AM

Boycotting one company at a time would help with this situation. There was an incident in South Korea in 2002 when two school girls were killed by the American Armed Forces. Koreans wanted an appology from President Bush and an investigation into the incident. It was not forthcoming. Koreans boycotted all Amercian business located in Korea. Businesses such as Star Bucks, Burger King, McDonalds, American Banks and so on. After four weeks when all these businesses had to close, Mr. Bush appologized and an investigation was carried out. I do not support any of these places especially Wal-Mart. My local coffee house is where I spend my coffee money. You are correct in your suggestions. And, companies registering in poor foreign countries ought to be boycotted.