Because in Vlad Putin's Russia, This is Piracy 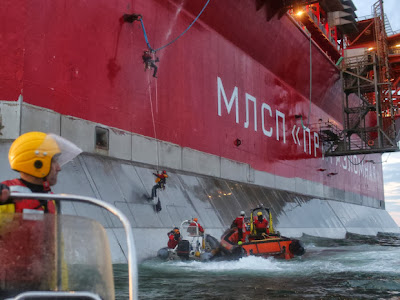 A few inflatable boats delivering a handful of protesters to a massive Russian oil rig in the Arctic and, according to Vlad Putin, that's piracy for which they could be slammed up in some dingy Russian prison for up to 15-years. 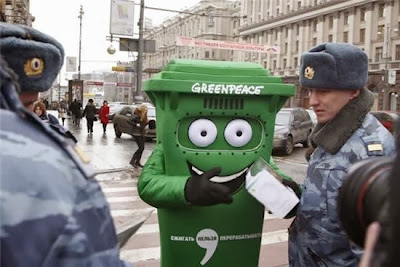 Apparently handing out information pamphlets is also subterfuge, a crime against the Russian state. 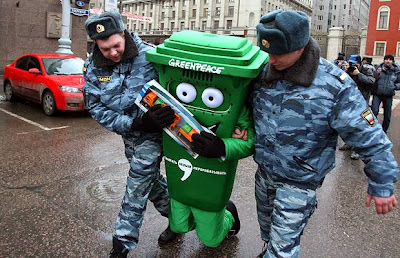 Can someone remind me why we're taking part in their Olympic games?   Isn't it time for the "free world" (if that's a concept that still exists) to tell Vlad Putin to screw himself?
Posted by The Mound of Sound at 10:22 AM

What, we're not perfect? Where did you get such an idea?

So this is what you get when you send these Greenpeace idiots money someone in a dopey costume or fpr them to sail all over the world in their garbage scows(Arctic Sunrise,Rainbow Warrior II)to make total pests of themselves and commit acts of Piracy them and the Sea Sheapards belong in prison