Oopsie, Not So Invisible After All. A Laser Jammer for the F-35. 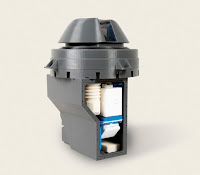 This is the directed laser jammer being developed by Northrop for retrofitting to the F-35 stealth light attack bomber.

These jammers operate by firing laser beams at the sensors of incoming, heat-seeking missiles to break lock.

Presumably this is going to have some sort of pop-up capability so that it remains concealed within the F-35 until the aircraft is attacked.

And you thought the F-35 was going to be invisible.   Silly you.
Posted by The Mound of Sound at 1:59 PM