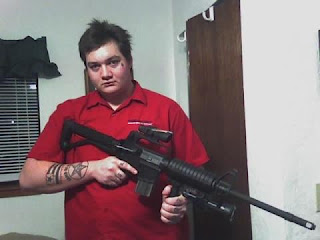 On the contrary, the US, with the most guns per head in the world, has the highest rate of deaths from firearms, while Japan, which has the lowest rate of gun ownership, has the least.

The journal has fast-tracked publication of the study because of the shootings at the Washington navy yard. It was originally scheduled for later this week.

It follows an emotional appeal from a doctor at the trauma center in Washington where the victims of Aaron Alexis' random violence were taken. "I would like you to put my trauma center out of business," Janis Orlowski, chief medical officer at MedStar Washington Hospital Center, told reporters in the aftermath of the massacre. "I would like to not be an expert on gunshots. Let's get rid of this. This is not America."

The problem with these studies is that inability to account for the multitude of variables beyond gun ownership.   For example, gun ownership in Canada is also very high but firearms-related death rates are less than a quarter of America's.   Canada has just over 30-guns per hundred people while America has over 94 per hundred.    While we think of Canada as a safer country, our lower firearms-related death rate is roughly in parity with our lower gun ownership.

Bad as the situation is in America, it's Central American nations Honduras, Guatemala and El Salvador that are straight off the charts for gun deaths even though gun ownership is comparatively very low.
Posted by The Mound of Sound at 9:40 AM

The people who like to claim that guns don't kill people also blame their obesity on the silverware.

With respect to your last paragraph, while widespread gun ownership does seem to have an impact on gun murder rates, I think you could make a persuasive argument that there's also a correlation between gun deaths and paramilitary death squads. Just maybe.