On the Corruption and Suppression of Intellectualism 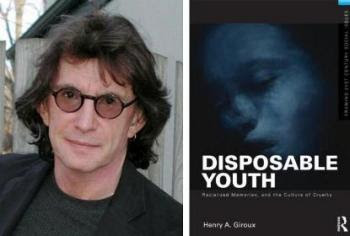 Henry Giroux, considered one of the top 50 educational thinkers of the modern period, is sounding the alarm on the fate that has befallen intellectualism in today's Brave New World.

Edward Snowden, Russ Tice, Thomas Drake, Jeremy Scahill, and Julian Assange, among others, have recently made clear what it means to embody respect for a public intellectual debate, moral witnessing and intellectual culture. They are not just whistle-blowers or disgruntled ex-employers but individuals who value ideas, think otherwise in order to act otherwise, and use the resources available to them to address important social issues with what might be called a fearsome sense of social responsibility and civic courage. Their anger is not treasonous or self-serving as some critics argue, it is the indispensable sensibility and righteous fury that fuels the meaning over what it means to take a moral and political stand and to continue the struggle to live in a substantive rather than fake democracy.

These are people who work with ideas, but are out of place in a society that only values ideas that serve the interests of the market and the powerful and rich. Their alleged wrongdoings as intellectuals and truth tellers is that they have revealed the illegalities, military abuses, sordid diplomacy and crimes committed by the United States government in the name of security. Moreover, as scholars, scientists, educators, artists and journalists, they represent what C. Wright Mills once called the “organized memory of society” and refuse “to become hired technician[s] of the military machine.”

There is a long tradition of such intellectuals, especially from academia and the world of the arts, but they are members of a dying breed and their legacy is no longer celebrated as a crucial element of public memory.   ...They embraced ideas critically and engaged them as a fundamental element of individual agency and social action. Such intellectuals addressed the totality of problems faced in the periods in which they lived, made their publications accessible, and spoke to multiple publics while never compromising the rigorous nature of their work. They worked hard to make knowledge, and what Foucault called, dangerous memories available to the public because they believed that the moral and cultural sensibilities that shaped society should be open to interrogation. They paved the way for the so-called whistle-blowers of today along with many current public intellectuals who refuse the seductions of power. Intellectuals of that generation who are still alive are now largely ignored and erased from the public discourse.

Intellectuals of that older generation have become a rare breed who enriched public life. Unfortunately, they are a dying generation, and there are not too many intellectuals left who have followed in their footsteps.    ...What has not been commented on with the same detail, theoretical rigor and political precision is the emergence of the new anti-public intellectuals. Intellectuals who act in the service of power are not new, but with the rise of neoliberalism and the huge concentrations of wealth and power that have accompanied it, a new class of intellectuals in the service of casino capitalism has been created.  These intellectuals are now housed in various cultural apparatuses constructed by the financial elite and work to engulf the American public in a fog of ignorance and free-market ideology. We can finds hints of this conservative cultural apparatus with its machineries of public pedagogy in the Powell Memo of 1971, with its call for conservatives to create cultural apparatuses that would cancel out dissent, contain the excesses of democracy and undermine the demands of the student free speech, anti-war and civil rights movements of the 1960s. What has emerged since that time is a neoliberal historical conjuncture that has given rise to a new crop of anti-public intellectuals hatched in conservative think tanks and corporate-driven universities who are deeply wedded to a world more fitted to values and social relations of fictional monsters such as John Galt and Patrick Bateman.

Unlike an older generation of conservative intellectuals such as Edward Shils, Gertrude Himmelfarb, Norman Podhoretz, William Buckley and Allen Bloom, who believed in reasoned arguments, drew upon respected intellectual traditions, affirmed the world of ideas, and engaged in serious debates, the new anti-public intellectuals are ideologues who rant, speak in slogans, and wage a war on reason and the most fundamental institutions of democracy extending from public schools and labor unions to the notion of quality health care for all and the principles of the social contract. We hear and see them on Fox News, the Sunday talk shows, and their writings appear in the country’s most respected op-ed pages.

The anti-public intellectuals are rarely off-script, producing tirades against, among others: the less fortunate, who are seen as parasites; immigrants who threaten the identity of white Christian extremists; women who dare to argue for controlling their reproductive rights; and people of color, who are not American enough to deserve any voting rights. They deride science and evidence and embrace ideologies that place them squarely in the camp of the first Gilded Age, when corporations ruled the government, Jim Crow was the norm, women knew their place and education was simply another form of propaganda.

Giroux has written a lengthy and very important piece, a warning to all who believe democracy is something worth defending.  Read the rest here.