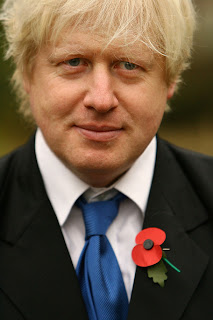 The senior Tory said turning to a new generation of nuclear plants and fracking would cut energy bills and boost the economy.

Writing in The Sun on Sunday he said he was shocked by the number of wind turbines he saw on a recent drive to Scotland.
"It is a good 20 years since I last drove all the way to Scotland, and in the interim something unbelievable has been done – in our name – to our green, pleasant and precious countryside," he said.

"I mean the windmills, the turbines – whatever they are called. I mean the things that look like some hideous Venusian invasion, marching over the moors and destroying the dales; the colossal seaside toys plonked erratically across our ancient landscape; the endless parade of waving white-armed old lunatics, gesticulating feebly at each other across the fields and the glens.

"They seemed to be everywhere, and I asked myself, when were we consulted? Was there a referendum? Did someone ever warn the British people that these moaning seagull slicers were going to be erected on some of the most sensational scenery that God ever called into being?

I suspect Boris is potentially far more dangerous than most imagine.

"something unbelievable has been done – in our name – to our green, pleasant and precious countryside," he said.

Maybe someone should show Boris Johnson this photo:

I guess that would be preferable?

That would cut no ice with Boris, Karen. His view is a function of ideology, not reason although he goes to great lengths to appear otherwise.