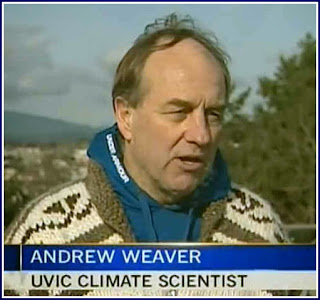 “I think talk of B.C. becoming a major LNG exporter is nothing more than a pipe dream,” said Weaver, a climate-change expert and B.C.’s only Green MLA.

Weaver said there is no way the province can meet legislated greenhouse-gas emission targets if it continues to develop the LNG option.

“The numbers just don’t add up. The greenhouse-gas emissions associated with LNG development are simply too high to allow us to meet our legislated targets,” he said. “Canada has less than one per cent of the world’s proven natural gas reserves. Russia has 20 times as much natural gas as all of Canada combined, and they’ve recently signed long-term export agreements with China. Russia transports its gas to China by pipes. It doesn’t require the costly process of liquefying it and tanker traffic across the ocean.”

“The U.S. already has the necessary infrastructure in place on their coastline to facilitate the relatively quick development of their LNG export industry and China could well be soon positioned to take advantage of its own natural gas reserves, which are three times the size of all of Canada’s — not just B.C.’s alone.”

Weaver is not merely a voice of reason, he's a long overdue voice of sanity.   Even though a recent EPA report concludes that natural gas fracking, if appropriate safeguards are taken, can produce energy at half the emissions of coal, that's still a big "if" especially as it doesn't include problems such as pipelines crossing mountainous terrain and long-haul supertanker traffic.   And, at the end of the day, if everything is done just right and LNG is processed and transported so that it's cleaner than coal, it's still taking safely sequestered fossil fuel from the depths and putting it into the atmosphere.   We simply can't meet our very mildly ambitious emissions reduction targets if we keep pumping fossil fuels out of the ground.  Can't be done and it won't be done.
Posted by The Mound of Sound at 12:27 PM

I am pretty sure there will be a market for Liquified gas, once somebody stumps up the vast sums of money to liquify and transport the damned stuff. China only has to look at what happened when Europe relied on Russia as their primary (and sole sourced) supplier of natural gas, and China will see the value of having diversified suppliers of energy. As far as carbon sinks, and proliferation, the world is not about to kick the conspicuous consumption of energy habit any time soon, so trading off between high (coal) and low (gas) carbon energy sources is at least a rational response if you factor in the unwillingness to abandon our luxurious lifestyles. Personally, I gave up expecting a rational response from the world at large, so my thoughts have turned to the realm of the possible.

I read an article earlier re Christy Clark spouting about 'pulling ahead' of the USA etc re LNG .. and had to rub my eyes and read it again.. Another shallow pimping of future staggering profits, jobs, economy and good government .. and China & Kitimaat and super tankers being understated.. but present as veiled realities, so to speak.

I think Christy actually crowed about the moving (removal ?) of a mountain and 800 million already spent..

This dull witted political witch is certainly Stephen Harpers perfect match as far as seeing the environment and ecosystems and related species.. as their personal disposable red carpet to some distorted political powerplay, sellout & wondrous legacy..

Neither really feels a need to keep legislature or parliament open for business or democracy.. or consider the needs, wishes and dreams of the electorate..

History will pull both these flawed and failing political animals apart like a suspicious shellfish for the basic smell test.. and remove them prudently from the premises..

They both keep pounding the same dogma .. China and Us.. Us and China .. Pipelines Uber Alles ..

They both put nothing in writing as required by law..
re any potentially scandalous or incriminating actions..

Both are dim.. hollow .. sellouts .. deceivers
the exact opposite of the kind of leaders
with glowing hearts ..
this country needs desperately.. and deserves..