We Are Infected With a Potentially Lethal Political Contagion 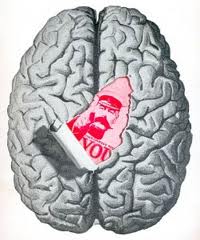 We have to shake our minds free, deprogramme ourselves, from this notion that we are of one of a handful of states that is entitled to police the world.   Our leaders pompously sit as prosecutor, judge, jury and executioner for supposed crimes of others that often pale to those they themselves have committed.   Consider these thoughts from The Guardian's John Pilger:

When the public is "psychologically scarred", as the Channel 4 reporter Jonathan Rugman described the British people's overwhelming hostility to an attack on Syria, suppressing the truth is made urgent. Whether or not Bashar al-Assad or the "rebels" used gas in the suburbs of Damascus, it is the US, not Syria, that is the world's most prolific user of these terrible weapons.

In 1970 the Senate reported: "The US has dumped on Vietnam a quantity of toxic chemical (dioxin) amounting to six pounds per head of population." This was Operation Hades, later renamed the friendlier Operation Ranch Hand – the source of what Vietnamese doctors call a "cycle of foetal catastrophe". I have seen generations of children with their familiar, monstrous deformities. John Kerry, with his own blood-soaked war record, will remember them. I have seen them in Iraq too, where the US used depleted uranium and white phosphorus, as did the Israelis in Gaza. No Obama "red line" for them. No showdown psychodrama for them.

The sterile repetitive debate about whether "we" should "take action" against selected dictators (ie cheer on the US and its acolytes in yet another aerial killing spree) is part of our brainwashing. Richard Falk, professor emeritus of international law and UN special rapporteur on Palestine, describes it as "a self-righteous, one-way, legal/moral screen [with] positive images of western values and innocence portrayed as threatened, validating a campaign of unrestricted political violence". This "is so widely accepted as to be virtually unchallengeable".

It is the biggest lie: the product of "liberal realists" in Anglo-American politics, scholarship and media who ordain themselves as the world's crisis managers, rather than the cause of a crisis. Stripping humanity from the study of nations and congealing it with jargon that serves western power designs, they mark "failed", "rogue" or "evil" states for "humanitarian intervention".

An attack on Syria or Iran or any other US "demon" would draw on a fashionable variant, "Responsibility to Protect", or R2P – whose lectern-trotting zealot is the former Australian foreign minister Gareth Evans, co-chair of a "global centre" based in New York. Evans and his generously funded lobbyists play a vital propaganda role in urging the "international community" to attack countries where "the security council rejects a proposal or fails to deal with it in a reasonable time".

R2P is, arguably, a wonderful notion but it is one that has been corrupted beyond recognition.  That is evident in the selective manner of its use.  Where was this altruistic international intervention when genocide swept Rwanda, when five million were butchered in the Congo or during the recent slew of atrocities in the Central African Republic?  But a thousand people did in Syria (which just happens to have a relationship with some other place called Iran) and it's a second Holocaust?  Pilger continues:

Under the "weak" Obama, militarism has risen perhaps as never before. With not a single tank on the White House lawn, a military coup has taken place in Washington. In 2008, while his liberal devotees dried their eyes, Obama accepted the entire Pentagon of his predecessor, George Bush: its wars and war crimes. As the constitution is replaced by an emerging police state, those who destroyed Iraq with shock and awe, piled up the rubble in Afghanistan and reduced Libya to a Hobbesian nightmare, are ascendant across the US administration. Behind their beribboned facade, more former US soldiers are killing themselves than are dying on battlefields.

The historian Norman Pollack calls this "liberal fascism": "For goose-steppers substitute the seemingly more innocuous militarisation of the total culture. And for the bombastic leader, we have the reformer manqué, blithely at work, planning and executing assassination, smiling all the while." Every Tuesday the "humanitarian" Obama personally oversees a worldwide terror network of drones that "bugsplat" people, their rescuers and mourners. In the west's comfort zones, the first black leader of the land of slavery still feels good, as if his very existence represents a social advance, regardless of his trail of blood. This obeisance to a symbol has all but destroyed the US anti-war movement – Obama's singular achievement.

Today's Guardian editorial explores how today's international order has come adrift on the tides of its own contradictions and hypocrisy.

There were many ironies to the lecture that Vladimir Putin gave New York Times readers on the need to uphold international law. ...Russia's temporary emergence as the knight in shining armour holds one unsavoury truth to those in the White House, Downing Street and the Elysée who still believe in business as usual on the world stage: the failure of western diplomacy has handed the initiative to Russia. This is because, for such a long time, the aim of British, French and US foreign policy was not to seek a diplomatic solution to Syria, but to support the rebels in securing a military one.

It is difficult to resist the notion, however, that something more fundamental is taking place: that Syria, after the failures of interventions in Iraq, Afghanistan and Libya, may not be sui generis. The twists and turns of policy raging in Mr Obama's own mind about a strike on Syria are the latest example of what the International Institute for Strategic Studies (IISS) has dubbed the year of living tactically. The IISS defines the problem as more than a failure of leadership or will. It is the absence of strategy that worries it most. Crisis management has replaced the pursuit of grand designs. It puts much of the blame on Washington itself, which it says acts not just out of war-weariness, but from a judgment that most foreign-policy problems fall into the "too hard" category. Why stop there?

What grand design should international policymakers be pursuing? Democracy promotion and state-building are debased currencies, after the experience of Afghanistan and Iraq. Responsibility to protect is following a similar trajectory in Syria. But the first-order question still remains unanswered. If indeed we are bidding farewell to a world where the only global policeman is no longer up to walking the beat, to whom does the task now fall? International law and order, and interventions, derive first and foremost from establishing their legitimacy and from answering the question: whose law and whose order? To do that we need a UN security council that represents the nations that do the bulk of international peacekeeping. We are entering an era where the big global players of the 20th century no longer have that power on their own.

Anyone who follows world affairs knows that the international order is utterly adrift in a sea of shoals.  Nobody has a course, nobody has a plan.  We're acting tactically, not strategically, which undermines coherence and rebounds in chaos.   Unless we get ourselves back under control and steer a clear course, this is not likely to end well.
Posted by The Mound of Sound at 11:47 AM

We had been incredibly inspired to find this site. This is because this really is this educational write-up.

I think it's not likely to end well for a whole bunch of us first, even if we do manage to get things under control.

My comment about the SCO is also fitting here too. We are itching to put ourselves into a black hole. What of Kerry? He looks and sounds like a rabbid dog. The US is unable to see beyond its nose.

Mound, you know the top comment is actually spam, not particularly offensive spam, but spam just the same.

I get similar stuff, always plugging a website totally unrelated to the subject at hand and usually written by someone with poor English skills, perhaps an ESLer. The comment is usually something generic about how "it" the post is educational or otherwise "good" and useful, but nothing relevant to the post.

kootcoot...This ESL Specialist has for your information, degrees in: B. Mgt., B.Mus., B.Ed., and ESL from the University of Victoria. Everyone who has commented on this blog has used poor English skills from time to time including me.

" We had been incredibly inspired to find this site. This is because this really is this educational write-up."

What is he (or they) trying to say, they "had" been inspired, but are no more? The comment is totally off topic for the post and the links below bear no relation to the topic either.

I get many of these, as I said they are a rather innocuous form of spam, but spam nevertheless. Furthermore, they may be less innocuous if one is dumb enough to follow the links.......which I never do. Though these appear to go to a blogspot URL...I AIN'T going anyway, as I have no need for a structural engineer, nor building inspection in NY the city or the state.