Petro-Statehood and Flooding Are a Bad Mix

Saudi Arabia doesn't flood.   Ditto for Kuwait, Iraq or Iran.   No floods.   Alberta floods and we should consider what that means.  Fortunately Colorado is giving us the answers we need.  From Grist:

Heavy rains returned to Colorado on Sunday and hampered rescue efforts after last week’s flash floods. The confirmed death toll has risen to seven, and hundreds are still unaccounted for. An estimated 1,500 homes are destroyed. Some 1,000 people in Larimer County, north of Boulder, were awaiting airlifts that never came on Sunday — they were called off because of the foul weather. 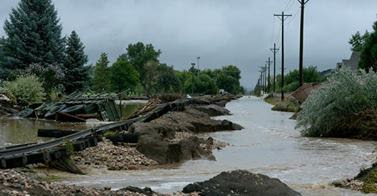 The floods have also triggered other problems that have gotten a lot less media attention: Fracking infrastructure has been inundated and its toxic contents have spilled out. Pipelines that transport fossil fuels are sagging and snapping under pressure. Tanks that store chemicals and polluted water are being overwhelmed and toppling over. Oil and gas wells are flooding. 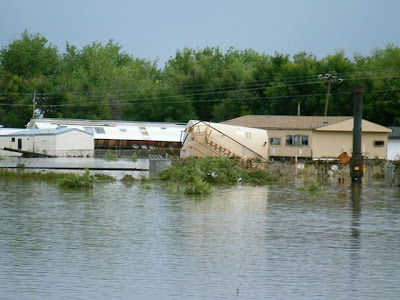 A spokesman for the Colorado Oil and Gas Conservation Commission said the agency is aware of the potential for contamination from flooded drilling sites, but there simply is no way to get to those sites while flooding is ongoing and while resources are concentrated on saving lives. 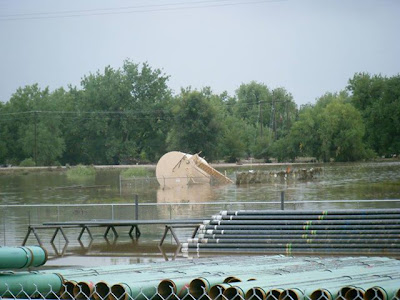 East Boulder County United, a group that fights fracking, has been posting photographs on its Facebook page of fracking tanks and other equipment toppled over or submerged by floodwaters. Blogger TXsharon has also been posting updates and photographs. 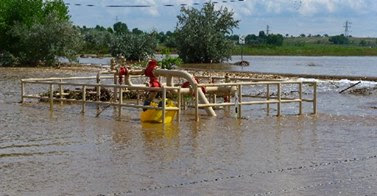 Meanwhile, experts are beginning to discuss the links between climate change and the floods. The flooding was worsened by drought and wildfires, both of which have been linked to global warming and which left the ground dry and hard. That reduced the amount of water that the soil could absorb from the unusual late-summer inundation.