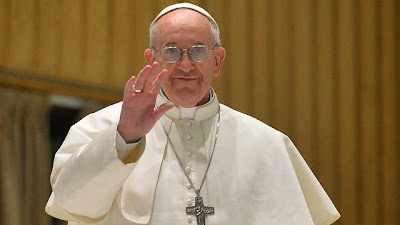 Visiting an Italian region especially hard hit by the European economic crisis, Pope Francis blamed high unemployment on globalization driven by greed and said those who give charitable aid to the poor must treat their beneficiaries with dignity.

"We want a just system, a system that lets all of us get ahead," the pope said Sept. 22, in his first address during a full day on the Italian island of Sardinia. "We don't want this globalized economic system that does us so much harm. At its center there should be man and woman, as God wants, and not money."

Even Forbes is jumping on the Papal bandwagon with an impressive pitch for social entrepreneurship.

It could just be that social entrepreneurship will be the vehicle for the rehabilitation of the middle class in North America.   Political economist, Gar Alperovitz, chronicles the spread of worker-owned industries spawned in the U.S. in Ohio and now spreading across the country.  In his book, Then What Must We Do, a title he borrowed from Lenin, Alperovitz explains the process in detail - how it begins, how it is financed, how and why it works again and again and again.   It's also underway in Canada.  In The Tyee, there's a report on Vancouver Island's Harmac pulp mill, rescued from a bankrutpcy-driven closure by worker ownership and restored to solid profitability.

Alperovitz predicts what Forbes calls social entrepreneurship will be the key to the next American revolution.   I so hope he's right.   Nice to know the Pope is on side.
Posted by The Mound of Sound at 3:36 PM