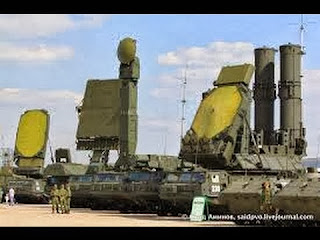 
A government committee chaired by Recep Tayyip Erdogan, prime minister, decided this week to proceed with buying the long-range anti-aircraft and ballistic missile system from the state-owned China Precision Machinery Import-Export Corporation, rejecting rivals bids from western groups. This was despite concerns that the new technology might not work with other Nato systems.
Turkish officials said the decision was made on technical and price grounds, an argument echoed by several analysts who say Ankara is keen to get hold of new technology that the US is reluctant to share. Nevertheless, the move comes amid increasing strains with some of Turkey’s allies.

Turkey is on something of a technological rampage.  It's looking to break into the big leagues of military technology by developing a stealth fighter, a satellite launch vehicle, early warning satellites, a long-range missile and even a small aircraft carrier.

The missile system is believed to be a Chinese copy of the Russian S-300.
The HongQi-9/FD-2000 reportedly combines elements "borrowed" from Russia's S-300 and America's MIM-104 Patriot.