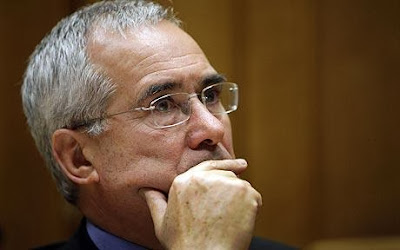 British economist, Lord Nick Stern, says it would be "absurd" to downplay the risks that climate change poses to the world.

The former World Bank chief economist and author of the key 2006 Stern review on the economics of climate change also warned that scientific projections and economic predictions were underestimating the risks of global warming.
While scientists recognised some potential impacts such as the melting of permafrost, which would release powerful greenhouse gas methane, could be very damaging, they were left out of models because they were hard to quantify.

Many economic models, meanwhile, "grossly underestimate the risks" because they assumed that growth will continue and the costs of climate change will be relatively small, he said.

"Both assumptions trivialise the problem and are untenable given the kind of change that could take place," Lord Stern warned.
Temperature rises of 3C or 4C above pre-industrial levels by 2100 would put humans "way outside" the conditions in which civilisation developed, and could cause major disruptions that would damage growth.

Hundreds of millions or even billions of people could be forced to move from where they lived, causing conflict, there could be large-scale destruction of infrastructure and important services provided by nature could collapse, he warned.

His comments come as scientists and government officials meet in Sweden to finalise the latest Intergovernmental Panel on Climate Change (IPCC) report assessing the evidence for climate change and its causes, to be published on Friday.

"The IPCC report makes crystal clear that the risks from climate change are immense," Stern said.