Colorado Whipsawed By "Once in a Hundred Years" Drought and Floods

This made the news in the Yuma Sun, on September 7th, just one week ago. 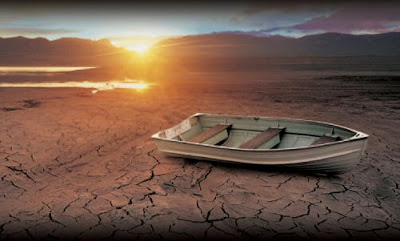 The Colorado River Basin is currently experiencing its driest 14-year period in more than 100 years of historical records. While the outlook could change significantly if the watershed were to have a good snowpack this coming winter, the basin needs to be prepared for continuing drought.


Colorado River water supply issues as well as restoration efforts along the river in Yuma will be discussed at the next public meeting of the Colorado River Citizens Forum at 6 p.m. Wednesday at Yuma County Development Services, Aldrich Hall, 2351 W. 26th St.
I'm guessing that citizens forum session was cancelled, called on account of flash floods that have already left 4 dead and 172  missing.
It's being called a once in a hundred year flood.
For the first time since the harrowing mountain floods began Wednesday, Colorado got its first broad view of the devastation — and the reality of what is becoming a long-term disaster is setting in. The flooding has affected parts of a 11,700-square-kilometre area, almost the size of Connecticut.

National Guard choppers were evacuating 295 people — plus pets — from the mountain hamlet of Jamestown, which was isolated by flooding that scoured the canyon the town sits in.

Mike Smith, incident commander at Boulder Municipal Airport, said helicopters would continue flying in and out late into the night.


The outlook for anyone who'd rather stay is weeks without power, cellphone service, water or sewer.

"Essentially, what they were threatening us with is, 'If you stay here, you may be here for a month,"' said 79-year-old Dean Hollenbaugh, who was evacuated by Chinook helicopter from Jamestown, northwest of Boulder.

Hmm, let's do the math.  A once in a century drought and a once in a century flood, back to back, one atop the other.   That has to be a one in a million scenario.   I mean, really, what are the chances?
Posted by The Mound of Sound at 2:16 PM