So vexed are the Repugs that they're raising money to run this hilarious TV ad. 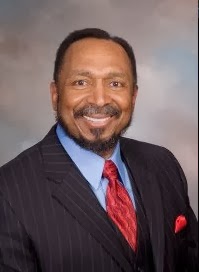 But, goofy as Cuccinelli is, the icing on the cake is the GOP candidate for lieutenant-governor, Bishop E.W. Jackson.  Jackson is a screaming homophobe and Islamophobe.   When it comes to gays, Jackson has said he knows God better than the Pope does.

In addition to linking homosexuality and pedophilia, Jackson has said that gays are "perverted, they’re frankly very sick people psychologically, mentally and emotionally" and has said pro-gay rights liberals “have done more to kill black folks whom they claim so much to love than the Ku Klux Klan, lynching and slavery and Jim Crow ever did.”

Jackson also said on Sunday that unless you are a Christian, "you are engaged in some sort of false religion."

What?  I guess E.W. had already written off the Virginia Jewish vote.   Then again when Jackson ran in 2010 for the Senate he tallied a blistering 5%.   Sounds like he's looking to build on that success.
Posted by The Mound of Sound at 1:20 PM