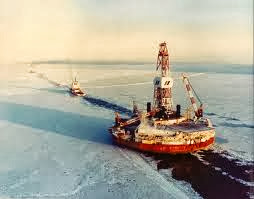 Britain may not have a territorial interest in the Arctic but it wants a major piece of the polar oil and gas action.

The government wants the UK to be a global centre of expertise in opening up the Arctic to exploration by oil and gas companies, promoting London as a hub of business services for the burgeoning exploitation of the polar regions, according to a Foreign Office strategy published on Thursday.

In the government's Arctic framework, set out for the first time on Thursday, the Foreign Office pledged to "facilitate responsible business activity in the region by UK companies. The UK government will promote the UK as a centre of commercial expertise with direct relevance to many industries that are growing in the Arctic."

That is likely to mean the construction of oil and gas platforms, in which the UK has decades of expertise from North Sea oil exploration, as well as lucrative ancillary services such as financial and legal advice, and shipping services as melting ice opens the region to transport.

In a world where it's been determined that we must leave about 80% of known fossil fuel reserves safely in the ground if we're to avoid catastrophic climate change, the drive to find and exploit new reserves beneath the Arctic seabed speaks directly to the fate that we're bequeathing to today's youth and the generation to follow.  To them it's a huge "Up Yours."

Politicians may compulsively blurt out all the right things but initiatives like this put the lie to everything that spills from their mouths.
Posted by The Mound of Sound at 11:35 AM