Of Embraer and Bombardier 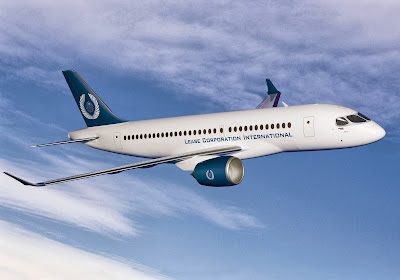 When I think of Canada spying on Brazil the first name that comes to mind is Embraer.  The second is Bombardier.

The Canadian aircraft manufacturer and its Brazilian counterpart have been intense rivals for many years.   Both are now trying to move up-market into territory normally the preserve of Boeing and Airbus.

If Canada was going to conduct commercial espionage against Brazil, is it conceivable that Embraer would not be a prime target?  We may not have long to wait before getting the answer.

Muckraking journalist Glen Greenwald says there is plenty more to come on this Canada-Brazil spy scandal.

In the interview on CBC Radio, Greenwald said he "absolutely" has "a lot more" to report on spying by Canada.

"There's a lot of other documents about Canadians spying on ordinary citizens, on allied governments, on the world, and their co-operation with the United States government, and the nature of that co-operation that I think most Canadian citizens will find quite surprising, if not shocking, because it's all done in secret and Canadians are not aware of it," Greenwald said.

"...obviously Canada is not expending enormous amounts of money to create a spying system that doesn't produce any valuable secrets. And ... even in this document, they express satisfaction in the results of their efforts and so I think it's fair to infer even just from this document that they reaped benefits from this."
Asked whether he has documents discussing specific companies, Greenwald again declined to comment.
"I'm just not going to talk about what's coming until it's ready," he told Off.
Harper, meanwhile, has told reporters that he's "very disturbed" by the revelations which is Harper code for he's very pissed that the information leaked out - just like Duffy-Wright.

.. it would seem it can only get worse for Stephen Harper, Peter Mackay and Rob Nicholson re the Brazil spying scandal.

With more revelations to come .. the current lying and denying just sets up even worse disaster.. if these three asshats keep trying to sell Canadians on it. Is this what Canada elected them to do ?

The options for Stephen Harper are limited.

Option One is claiming the first he heard about it was on the news. Revealing he is incompetent, in way over his head, and his chosen Ministers tell him nothing.

Option Two is that he signed off on industrial espionage against an ally, and thinks tapping a foreign Ambassadors phone is OK

Option Three is blaming Peter Mackay or Nigel Wright or some middling bureaucrats .. but whether either will take the trashing is another question .. and of course that guy Porter must have known about this too ..

Sal, it sounds to me that this is another example of Harper wanting to play with the Big Boys until he gets caught out. What a jackass.