The Lunatics American Pundits Use to Describe Tea Party Republicans

The New Republic offers a wry look at how America's punditry sees Tea Party Republicans hell bent on bringing down their country's government. 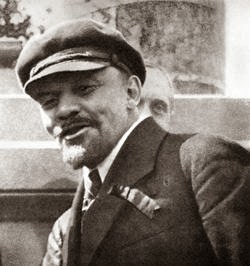 “It’s a pure Leninist strategy — heighten the contradictions to help hasten the collapse they are certain is inevitable.” -Jonathan Chait, New York

“The Tea Party’s takeover of congressional Republicans is happening so thoroughly that even Trotsky, a revolutionary whose supporters advocated radicals joining and capturing more moderate parties, might have blushed.” -Richard McGregor, Financial Times 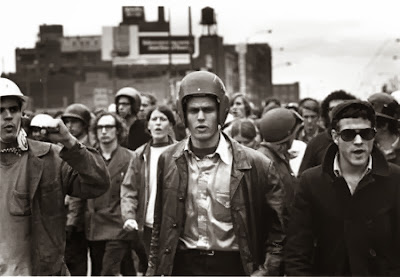 “The current crop of congressional Republicans have more in common with the Weather Underground of the 1960s than they do with traditional Republicans, including the man they claim to venerate, Ronald Reagan.” –David Horsey, Los Angeles Times

“It is scary that the art of governance appears to be dying out, partly a victim of the GOP's Cultural Revolution.” –Michael Hirsh, National Journal

"That would be Ted Cruz, the Texas senator who grabbed headlines by speaking for 21 hours against Obamacare. Cruz is neither Michael nor Sonny but the star of his own movie. He’s Ted bin Laden — the guy who hands out suicide vests and then goes to lunch." –Kathleen Parker, The Washington Post

"No doubt, Boehner would prefer not to have to contend with such a mess. But he's already dealing with a historic muddle caused by his own Jacobins." –David Corn, Mother Jones

“I think it’s important because it’s the only comparable time since Joe McCarthy we’ve had this in the Republican Party.” –Carl Bernstein, “Morning Joe.”

"Shoot, a fella could have a pretty good weekend in Vegas with all that stuff"