What If the World Decides Not to Be Taken Hostage by Washington Again? 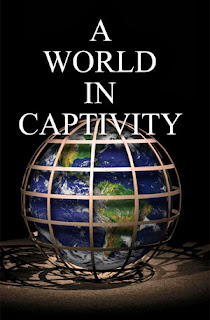 In 2008, made-in-America Casino Capitalism took down economies around the world and, in case you haven't noticed, they haven't come back and won't anytime soon.   Wall Street did what al Qaeda could never dream of achieving.

Now America is once again threatening to scupper the global economy.   Today the terrorists are the rightwing radicals who have seized control of the Republican Party and, through it, the House of Representatives.

The president of the World Bank, Jim Yong Kim, has warned that failure of the White House and Congress to solve America's debt ceiling crisis by the Thursday deadline could be a "disastrous event" for the world.

This is the same America, that steeps itself in fanciful notions of exceptionalism, (and, from that, claims global leadership) again imperiling the global economy, this time through political brinksmanship.

Forget Thursday.  They had no right to bring us to where we stand, threatened, today.   America has a too-long unacknowledged responsibility not to endanger the economies (and security) of every other nation in the world and they have failed us shamelessly.

When your son keeps wracking up speeding tickets in the family car you might think it reasonable to take away his keys.   In the case of the United States that would mean moving to a different world currency or basket of major currencies. America has taken the world for granted too often.  It's endless temper tantrums are getting old.

It emerged at last week's APEC summit that Asia has about had its fill with American domination.  China is realizing that, while America's grip on global dominion is determined, it's also weak.

China is moving to bring down Washington's Trans Pacific Partnership before it can get off the ground.   Congressional Republicans may turn out to be Beijing's best allies.
Posted by The Mound of Sound at 11:28 AM