Harper Is Choking Off Canadian Democracy 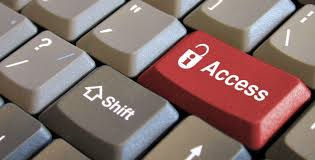 Never have Canadians been so cut off from their government and that's just the way Harper Inc. likes it.

Information Commissioner, Suzanne Legault, has slammed government secrecy and warns that, under the Harper regime, "the health of our Canadian democracy is at risk."

In her annual report to Parliament, tabled Thursday, Suzanne Legault says federal institutions are taking too long to respond to information requests, and in some cases are not responding at all, which is a violation of the Access to Information Act.

Legault put responsibility for the problems squarely on Treasury Board President Tony Clement, saying it is he and his department “that should be accountable for the performance of the access to information system.”

Legault said in her near seven years with the department, she has not seen erosion in the system as great as what has occurred in the last year.

“The faltering in the system is actually quite dramatic and it’s not getting better,” Legault told reporters at a news conference on Parliament Hill.

Legault said there are many occasions when federal departments are not following the requirement under the Act to respond to a request within 30 days or indicate whether they plan to seek an extension to deal with the request.

In other cases, she said, it takes as long as six months to acknowledge a request, or as long as three years.

As long as they can call it democracy, that's all that matters to them.

Secrecy is central to a corporate economic model. Even you successfully sue a 'person' the general practice is to require a 'non-disclosure' so you can never talk about it.