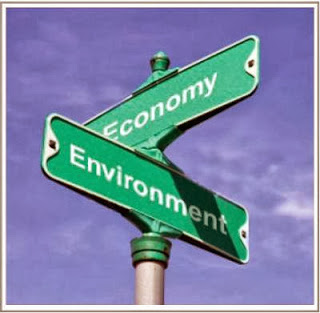 
“We need to achieve zero emissions from fossil-fuel sources by the second half of the century,” Gurria told reporters at a briefing in London.
“That doesn’t mean by 2050 exactly but it means by that time we need to be pretty much on the way to achieving it,” he said.
“This is worse than a debt because there is no bailout and if you have two or three good budget years a debt can be reduced, but emissions hang around for 100 years,” he said.
[Gurria] said there needed to be a “big, fat price on carbon” – either through carbon taxes or emissions-trading schemes which send out consistent and clear price signals.
Many countries already have national policies in place to lower emissions over the next decade or more. Governments are also working to get a global deal to cut emissions signed by 2015, to come into force by 2020.
However, a lot more progress needed to be made to cut emissions immediately, not after 2020, Gurria said.
A "big, fat price on carbon" would probably be the tipping point for expensive, high-carbon fossil fuels such as Athabasca bitumen.   We are loathe to acknowledge it in Canada.  Certainly none of our political leaders has the courage to say it.  That doesn't change the fact that the future is terrible for unconventional, dirty fossil fuels.

more and more places popping up constantly where the cost of solar is hitting grid parity. Costs are also falling faster than expected. It can and will change really fast.

I don’t know - parallel to the US situation. Didn’t these honorable members sign a declaration of oath to uphold the laws and institutions of our country? Just asking, as I am not a lawyer- what constitutes treason in regards to constitutional avoidance?

@ Anon1 - yes, we can hope that alternatives can be fairly priced. If fossils were properly taxed for carbon, if we ended the massive subsidies we lavish on producers, then clean energy would easily win on price. It's only because we use Enron accounting sleight of hand on fossil fuels that they're even valid.

@Anon 2 - the only way we can hold these miscreants to account is at the ballot box but you'll wind up voting for one of them.