What If WE Demand Answers? 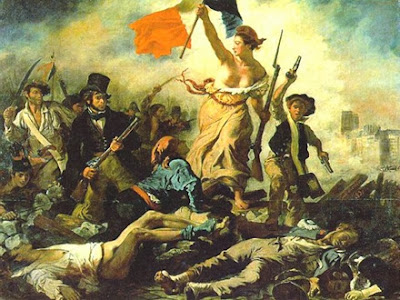 There are a number of aspects of the Wright-Duffy-Harper-Perrin-LeBreton-Tkachuk-Stewart Olsen-Novak affair that seem tinged with possible criminality. What if we prepared a shopping list for the RCMP and the public demanded they be investigated?

We know the Mounties are investigating the wayward senators and their expense claims.  That might be enough to sweep the floor to Stephen Harper's requirements but surely there's plenty more that needs to be explored.

We need a full and expansive investigation into Nigel Wright's $90,000 under-the-table "gift" to senator Mike Duffy.  Giving or lending money to a sitting member of the Senate in connection with his/her office is prohibited.  That's plain as day, right there in the statutes.  We don't permit that sort of thing because money could then be used to extract favours or terms from the senator whose pockets are suddenly stuffed with cash.

We know the money Duffy received wasn't really a gift.  It came with strings attached.   There were conditions.   There were inducements also attached.  And then there's Duffy's quite plausible claim that he didn't want the money, that he was extorted into taking it on the threat that, if he didn't, he would be stripped of his seat in the Senate.   That's pretty serious stuff.  This is no longer a glorified whip-round to help a guy settle his bar tab.

Now when you've got more than one person in a deal and the deal isn't criminally kosher then you might have a conspiracy.   That would extend to everyone who initiates the action plus those who later facilitate it.  It might even include those who launder reports to fulfill the inducements in the original transaction.

And what of those who swept Stephen Harper's PMO of all traces of documents pertaining to this under-the-table deal?  Somebody had to get rid of the e-mails, memos, notes, and other records that would be generated by this sort of thing. Who did that, on whose orders, and when?   Was this in contemplation of an obvious criminal investigation?  Was it done before or after CTV's Bob Fife was fed that first Duffy e-mail?  This has a pretty strong smell of an attempt to obstruct or pervert justice.  It reeks of desperation.

You might expect the RCMP to have a field day with this scandal.  It practically begs an investigator to start overturning rocks, to ask no end of obvious questions. Over here, over here, look at ME!!!

I could be wrong but, to me, that the fix was in from the outset was apparent from a leaked internal memo sent by Commissioner Bob Paulson to his senior officers. In this memo Paulson put his senior officers on clear notice that they were forbidden from any contact with MPs or Senators without his express permission. Paulson's memo, like Duffy's e-mail, was never intended to see the light of day.   Someone chose to leak it.

I'm worried that Harper's pet Commish is going to keep us from getting the answers we deserve about what may be the broadest corruption case in parliamentary history.  All he has to do is confine the investigation into the expense claims of Duffy, Wallin, Harb and Brazeau.

Ooh, I've got an idea.  We need a thorough, wide-reaching investigation of everything that happened in the PMO and in the Senate.  Rather than have to sit by and watch that never come to be, what if the Canadian people petitioned Commissioner Bob Paulson demanding, basically,  that he do his bloody job?

Now I don't know anything about setting up one of those petitions or circulating it or getting effective results but there are a few who seem really good at this.  What if one or more of them were to collaborate on getting such a petition out for the public to endorse, getting the results out in the media and delivering the demand petition to Paulson himself?

Let's get Bob Paulson out of the shadows and straight in the public eye.  Let's make sure he does his job.
Posted by The Mound of Sound at 11:09 AM

I don't know the in's and out's of petitions, Mound, but I often get them form Change.org. They have a step-by-step template for setting one up: https://www.change.org/en-CA/start-a-petition

Thanks, Lorne. I'll send them this post and see what they want to do.

An excellent suggestion, Mound. The only question I have is: Does Paulson put any store in public opinion?

I'm just guessing, Owen, but I think he's laid extremely low on this one to avoid public scrutiny. Can you imagine what it would do to his tenure to be seen as having ignored a public outcry for him to do his job?

There is an Aavaz petition asking for an inquiry.

.. a Black Swan Event may dictate that 'all bets are off' .. randomness enters the picture .. The puzzle to me is this.. Are there two overlapping Black Swan events ?

One being a majority Canadian government that should not have happened via events and forces still unexplained.. in 2011.. So, an adverse event impacting Canada and Canadians disastrously ..

Another being that same government, the so called Harper Government collapsing inward from a variety of unexplainably volatile events & forces, one week prior to their 'leadership' convention.. and disastrously to those who benefitted the most in 2011

These are stunning times for Canada !!! Its government, our elected civil servants pinwheeling from one revelation.. to a pratfall, to classic incompetence.. to revelations, to deceits.. obstruction, more evasions, failure, coverups ..

Surely the mainstream media is awake now.. smelling blood.. and we'll see more signs of courage, glowing hearts, bright minds calling for and ensuring.. that we take our country back, redefine our democratic and family values..

And boot the pricks, posers, stooges, liars that cannot recognize their own country ..

I have no more confidence that the RCMP could have a serious intent to determine the whole truth in this affair than I have that Elections Canada has the will to rescue its investigation of the 2011 electoral fraud from the manipulations that Arthur Hamilton has performed on behalf of his client. I believe that both organizations would rather limit their pursuit of an end to staging performances that are likely to disturb only the least consequential players. When will we have an end to this? We must have something we can call an end. And then we’ll leave it at that.

This is Canada. Nobody improves the prospects of success in a career in the management of regulatory agencies by annoying any stake-holding interest having connections within the networks that control and distribute advantage. Of course, Paulson’s “White Knight” could come in the form of an inquiry with terms of reference as suitable to this case as those our current Governor-General was pleased to provide for the one that became the final chapter of the Mulroney-Schreiber saga.

Well King, that should be another case closed.

But is the blood that the press now smells sufficient to be a game-changer?

Isn't there some charge like perverting the course of democracy that could be investigated? That seems fitting for what's going on in the back rooms, vacation homes, robocall centers, and the Office of the Prime Minister.

We may indeed "someday" see a full enquiry of this shocking display of breach of public trust, but my guess is that it won't happen for at least a few years from now. Harper will keep up with the distractions hoping one will stick. The EU trade deal didn't do the trick so now it will probably come in the form of a bright shiny new focus on the economy and creating jobs distraction. And as usual, we and our lazy, bought and paid for media will fall for it.