To a Man Who Has Only a Hammer 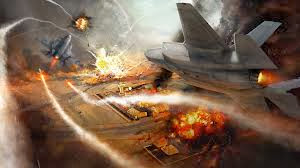 Mark Twain was right on target when he wrote, "To a man with a hammer, everything looks like a nail."  Out of the past Twain speaks to and of his homeland in the 21st century.

Tom Engelhardt has brilliantly captured his country's 'man with a hammer' syndrome.

In terms of pure projectable power, there’s never been anything like it.  Its military has divided the world -- the whole planet -- into six “commands.”  Its fleet, with 11 aircraft carrier battle groups, rules the seas and has done so largely unchallenged for almost seven decades.  Its Air Force has ruled the global skies, and despite being almost continuously in action for years, hasn’t faced an enemy plane since 1991 or been seriously challenged anywhere since the early 1970s.  Its fleet of drone aircraft has proven itself capable of targeting and killing suspected enemies in the backlands of the planet from Afghanistan and Pakistan to Yemen and Somalia with little regard for national boundaries, and none at all for the possibility of being shot down.  It funds and trains proxy armies on several continents and has complex aid and training relationships with militaries across the planet.  On hundreds of bases, some tiny and others the size of American towns, its soldiers garrison the globe from Italy to Australia, Honduras to Afghanistan, and on islands from Okinawa in the Pacific Ocean to Diego Garcia in the Indian Ocean.  Its weapons makers are the most advanced on Earth and dominate the global arms market.  Its nuclear weaponry in silos, on bombers, and on its fleet of submarines would be capable of destroying several planets the size of Earth.  Its system of spy satellites is unsurpassed and unchallenged.  Its intelligence services can listen in on the phone calls or read the emails of almost anyone in the world from top foreign leaders to obscure insurgents.  The CIA and its expanding paramilitary forces are capable of kidnapping people of interest just about anywhere from rural Macedonia to the streets of Rome and Tripoli.  For its many prisoners, it has set up (and dismantled) secret jails across the planet and on its naval vessels.  It spends more on its military than the next most powerful 13 states combined.  Add in the spending for its full national security state and it towers over any conceivable group of other nations.

In terms of advanced and unchallenged military power, there has been nothing like the U.S. armed forces since the Mongols swept across Eurasia.  No wonder American presidents now regularly use phrases like “the finest fighting force the world has ever known” to describe it.  By the logic of the situation, the planet should be a pushover for it.  Lesser nations with far lesser forces have, in the past, controlled vast territories.  And despite much discussion of American decline and the waning of its power in a “multi-polar” world, its ability to pulverize and destroy, kill and maim, blow up and kick down has only grown in this new century.

'No other nation's military comes within a country mile of it.  None has more than a handful of foreign bases.  None has more than two aircraft carrier battle groups.  No potential enemy has such a fleet of robotic planes.  None has more than 60,000 special operations forces.  Country by country, it’s a hands-down no-contest. The Russian (once “Red”) army is a shadow of its former self.  The Europeans have not rearmed significantly.  Japan’s “self-defense” forces are powerful and slowly growing, but under the U.S. nuclear “umbrella.”  Although China, regularly identified as the next rising imperial state, is involved in a much-ballyhooed military build-up, with its one aircraft carrier (a retread from the days of the Soviet Union), it still remains only a regional power.

America's mega-military establishment continues to shelter beneath  the misleading label of the U.S. Defense Department when it is actually a massive War Department.  For example, U.S. Air Force generals make the case for the F-35 light strike bomber by openly calling it their "kick in the door" weapon system.  It's best suited for one thing and one thing only - a stunning surprise attack.  There's nothing remotely defensive in that except to warped minds who justify wars of aggression as pre-emptive based on connivance, contrivance and outright delusion.

Make no mistake, when you sign on for the F-35, you're signing up to the aerial Foreign Legion of that behemoth so elegantly captured by Engelhardt in his first paragraph.  And, in doing that, you've effectively outsourced your military and a good deal of your foreign policy to that same nation.

One of the great failings of the Opposition has been their unwillingness or inability to challenge the F-35 on anything except cost which really should be one of the least of our concerns.   Our problems with the F-35 go light years beyond the price tag.
Posted by The Mound of Sound at 9:36 AM