This Was No Mistake

Tom Mulcair says it was a "mistake" for Canada to spy on Brazil but there was no mistake involved.  On behalf of Canada's extractive industries the government targeted Brazilian companies.  It was an extensive and protracted exercise in commercial espionage.  It's the sort of skulduggery that has Stephen Harper's hoofprints all over it. 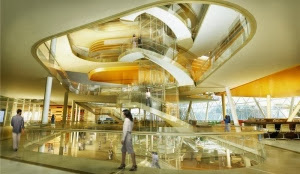 CBC News has just released a look at the Communications Security Establishment Canada agency's new, $1.2-billion headquarters now nearing completion.   Not surprisingly, it will house the most powerful computer in the nation, the better to spy on everyone from security threats to competitors to dissidents to ordinary, everyday Canadians. 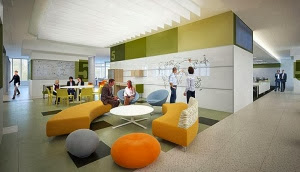 The nerve centre of the agency is a separate concrete bunker the size of a football field, home to what is being touted as the most powerful super-computer in the country, along with its mammoth electrical power generators and cooling systems.
When fully operational, the data centre alone will apparently suck up enough electricity to light much of the nation’s capital.
Adams says a lack of electrical and computing power is the main reason the agency is having to move from its current location in south Ottawa, a cluster of buildings dating back to the 1960s, the main one previously occupied by the CBC.
He says the agency’s existing computers could only run at 60 per cent capacity without overloading the local power grid.
CSEC also needs about three times more computing power than it has, plus a full backup, Adams says. “There are more transactions at CSEC on a daily basis than all of our banks combined.”

Make no mistake about it.  With Stephen Harper at the wheel, the CSEC presents a grave and unaccountable threat to Canadian democracy and to the privacy of every Canadian.
Posted by The Mound of Sound at 12:27 PM

Email ThisBlogThis!Share to TwitterShare to FacebookShare to Pinterest
Labels: CSEC

The question nobody seems to have asked is .. Are we still spying on Brazil and to what extent, specifically? Who else are we spying on, far outside the realm of 'national security' and to what extent ? Exactly who in the corporatist world has been plugged into this travesty and with who's permission?

Top down incompetence, in way over their pointed heads, foolish, arrogant, dangerous, distorted ..

The term 'treason' is used when officials, bureaucrats, heads of state.. begin to mislead or swindle or sell out Canada and Canadians in order to ensure personal gain or secure benefits to outside entities or other nations..

Man up Mr Harper .. you're using your elected position as our civil servant to look after your dreams, compulsions, empty ethics.. and distorted self image.. and possibly your twisted evangelical presumptions ..

And it would appear you have no idea what anyone in your troglodyte government is actually doing. You need TV to inform yourself

You need to ask yourself a couple of simple questions. Can I sleep at night? Can I look at myself in the mirror?

Greenwald hinted that along with the Brazil revelations, more were to soon come on spying on Canadians.

Yet Harper stands before reporters, says he can't comment because it's a "national security" matter but adds he's "deeply troubled" by the revelations. What a despicable lying sphincter but his base will buy it and most of the rest couldn't care less.

So, CSEC says it is not spying on us "regular Canadians" but they do pay attention to calls incoming to Canadian phone numbers from outside the country and have 'a look'. I'm not opposed to making sure we don't have Candians of convenience involved in nefarious schemes (Air India comes to mind), however, if CSEC has this capability, how come I still keep receiving phone calls from people I can barely understand who claim they represent "Windows software" and want to help me fix up these so-called problems on my computer. These are definitely scam artists wanting to access everything about me for obviously nefarious reasons.
Yet, I'm continuously told that no one can track calls coming from outside Canada. Hey guys, either you can or you can't. Seems like you can -- when it suits your purpose, which obviously does not include protecting Canadian consumers.