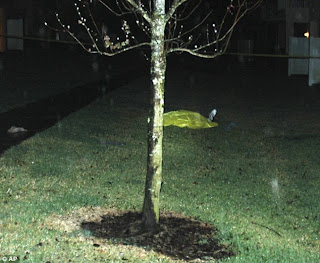 As far as I'm concerned, George Zimmerman murdered Trayvon Martin.   The evidence wasn't there to convict him beyond a reasonable doubt and so he walked.  The U.S. Justice Department is exploring whether Zimmerman can face a civil rights charge but don't hold your breath.


The jury reached its verdict after having been asked to consider Mr. Zimmerman’s actions in light of the now-notorious Stand Your Ground provision in Florida’s self-defense law. Under that law, versions of which are on the books in two dozen states, a person may use deadly force if he or she “reasonably believes” it is necessary to prevent death or great bodily harm — a low bar that the prosecutors in this case fought in vain to overcome.

These laws sound intuitive: who would argue that you may not protect yourself against great harm? But of course, the concept of “reasonable belief” is transformed into something deadly dangerous when firearms are involved. And when the Stand Your Ground laws intersect with lax concealed-carry laws, it works essentially to self-deputize anyone with a Kel-Tec 9 millimeter and a grudge.

In the end, what is most frightening is that there are so many people with guns who are like George Zimmerman. Fear and racism may never be fully eliminated by legislative or judicial order, but neither should our laws allow and even facilitate their most deadly expression. Trayvon Martin was an unarmed boy walking home from the convenience store. If only Florida could give him back his life as easily as it is giving back George Zimmerman’s gun.
Posted by The Mound of Sound at 12:04 PM

what bothers me the most about this, is that George Zimmerman started this fight, and when he was losing and a young boy was defending himself, he then used his gun. I wonder if Trayvon had been armed and turned around to fight, and lost, if he used the gun on Zimmerman...if that law would have applied. Seems to me that Trayvon should have been able to reasonabley kill Zimmerman with his fists...as he was standing his ground:( stupid law, stupid floridians and racism runs rampant in america 2013! Sad tragic affair from beginning to end!
why in the world do american folks give so much freedom for white guys with guns! I guess because the NRA has such great PR:P

Deb, if you manage to find answers to any of the questions you've posed, you'll become exalted.

The frustrating part of asking "why" is that it leads you on a search for rational answers where none exists.

Why, indeed? Buggered if I know.