Why Not Just Waterboard Them? 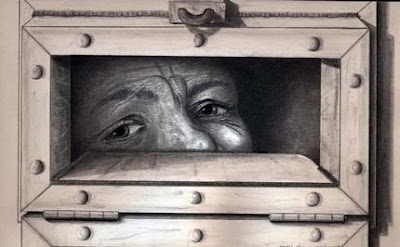 One of the dirty little tricks American interrogator/torturers adopted during the War on Terror has made it to the homeland.  It is subjecting the prisoner to the prolonged stress of intense cold.   That, according to lawyers, is a method being used against hunger-striking prisoners by California prison guards.

Prison guards are trying to break a hunger strike involving thousands of prisoners in California by blasting cells with cold air, confiscating legal documents and, in one case, banning lawyers, according to legal representatives and relatives.

Authorities have taken the action, it is alleged, in retaliation for a strike which entered its 12th day on Friday, piling pressure on the state's troubled penal system. Lawyers say the health of the men is being put at risk.

An estimated 30,000 inmates in 33 jails launched the hunger strike on 8 June, the biggest in the state's history, to protest against solitary confinement and other conditions they said amounted to torture.

At any one time, California holds about 12,000 inmates in extreme isolation, including some who have been in windowless boxes known as security housing units (SHUs) for decades. Guards say it is a vital tool to tame gang violence.

Make no mistake about it, solitary confinement is psychological torture, plain and simple.  It's a form of torture that's particularly popular with authorities in the United States where an estimated 80,000 inmates are confined in total isolation.   The record, as far as anyone knows, is held by an inmate who has spent 29-years in solitary confinement.

It's so perfect.   When prisoners revolt against torture, introduce them to another type of torture.   What's next - electroshock, waterboarding?
Posted by The Mound of Sound at 8:35 AM

Is that what happens when a country thinks it is superior?

It's what happens when a country sheds its principles and forfeits its decency.