It Wouldn't Be the Same Without 'Em 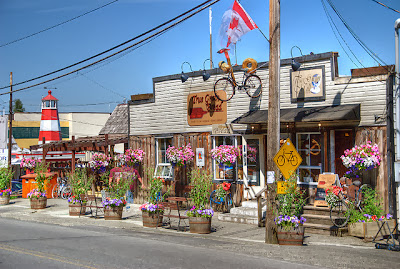 "It" is the little Vancouver Island seaside village of Cowichan Bay.  "Em" is the village's community of quirky float homes and the folks who live in them. 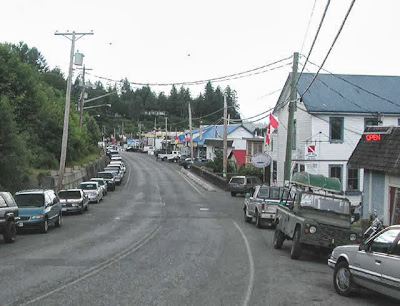 There's really not an awful lot to the place but it draws a lot of tourists in the summer, at least those lucky enough to snag a parking spot.   There are several shops and restaurants, a museum of sorts, docks and fishing boats and recreational boats - and floating homes. 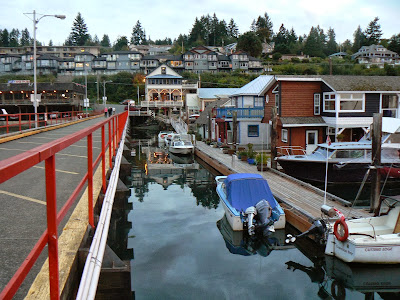 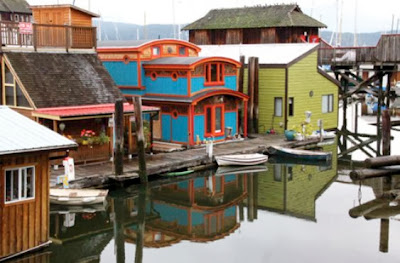 Now, in a move being repeated in southern coastal communities, pressure is being brought to force the owners of these float homes to clear out.  The owners are fighting to stay put.

According to the owners, the regional district is trying to give them the heave-ho because a few haven't been allowed to hook up to the village sewage system.

It's sad that we're losing a lot of these floating home communities.    They're part of the history of their villages and towns and contribute to the atmosphere, not to mention they're a big tourist draw.
Posted by The Mound of Sound at 1:26 PM

They need a Cowichan International Marina. Like Victoria will be getting. Lots of jobs for shoe-shiners, porters and the like. And tourists love to come gawk at millionaire playthings!

Chris, it takes a seriously twisted mind to come up with that idea. Kudos.