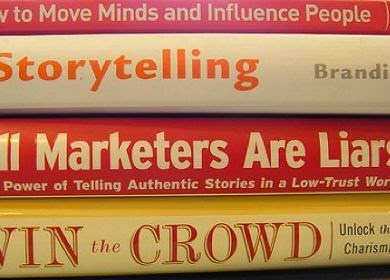 
That was the seminal conclusion of the 1969 Davey Commission report into Canada's mass media.  It was a warning about the danger to ordinary Canadians and "the public interest" posed by press barons who dominated the media through concentration of ownership and media cross-ownership.

In today's neoliberal Canada, Davey's warnings are more valid than ever but of no moment whatsoever to either the corporate media cartel or the politicians of all stripes who collude with them.  That's not just Harper's Conservatives either.  You won't hear Justin Trudeau or Tom Mulcair rise to the defence of the public interest against the predations of the powerful media cartel, a malignancy loose on the land that endangers our democratic freedoms.

For both Mulcair and Trudeau, the status quo suits them.  They court today's corporate media barons in hope that the favour will be reciprocated, that there'll be an electoral reach around for them at the end of the day, preferably when the public gets steered to the voting booths.

A handy summary of the Davey Report and the 1981 Kent Commission report can be found here.  What is most telling about these reports is that almost nothing was done about them, their warnings went unheeded and the deplorable results they predicted have all come to pass.

In psychology it's sometimes called "triangulation" - the outcome that occurs when the relationship among three parties is altered so that two parties come together to the exclusion of the third.  The ousted party usually fares poorly at the hands of the other two.  In Canada, as in other increasingly authoritarian states, triangulation has occurred through the collaboration of powerful media interests and the political classes to the exclusion - and detriment - of the public.

The lone voice in Parliament to address this fiasco is the Green Party's.  That party's platform provides, "Access to information.  Seek true solutions to the increasing corporate control in Canadian journalism.  Whatever is "dumbed down" must be "smartened up." Call it trite, if you will.  Call it banal.  It is the only party to commit to at least easing corporate control in Canadian journalism.

Canada, like any other country, is facing a very challenging century that will require real social cohesion for us to see it through.  That, in turn, demands a highly-informed electorate, people with enough quality information to make the decisions real democracy requires of them.  Achieving that demands the breakup of the corporate media cartel and the compulsory divestiture of their holdings.
Posted by The Mound of Sound at 1:50 PM