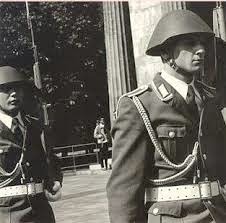 And just whose security is INSET enforcing? Yours? Mine? Canada's? Hardly. Don't be naive. They're the taxpayer funded security service of the fossil fuelers and especially the tar sanders, corporations like Enbridge and Kinder Morgan.  Oh yeah, and the Peoples Republic of China. 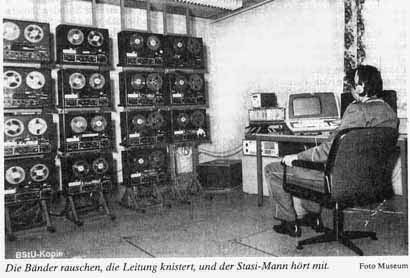 71-year old Leslie Askin received a "visit" from state security officers.  Why? She had taken some photographs of what she thought were Kinder Morgan storage tanks in Burnaby, B.C.  She wasn't sneaking around.  She wasn't trespassing.  She stood a good distance away and took her photos.  She wanted to show the condition of the 60-year old tanks to the National Energy Board.

Askin was spotted by Kinder Morgan security and they, in turn, set Canada's secret police apparatus on her.

Kinder Morgan says it reports all potential threats to police to "ensure the security and safety of our facilities and the surrounding community is maintained."

"It is our security protocol to record and file an internal report of any suspicious activities surrounding our facilities and to inform the RCMP of the incident," the company says. 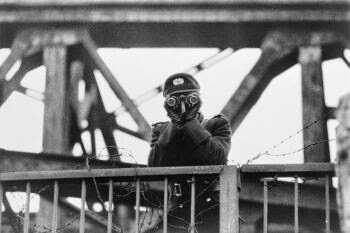 
In a statement, a spokeseperson for E-INSET confirms they did visit an individual who was seen taking photographs of Kinder Morgan's storage terminal.
"The protection and security of critical infrastructure falls within the mandate of E-INSET. Any and all tips reported to us are followed up on to the fullest extent." But, in Askin'scase: "there were no issues and the file was concluded with no further action taken."
Askin has filed an access to information to try and find out what is in her police file.
"I am now in the INSET’s database and I will be there, I guess, until I drop dead," she said. 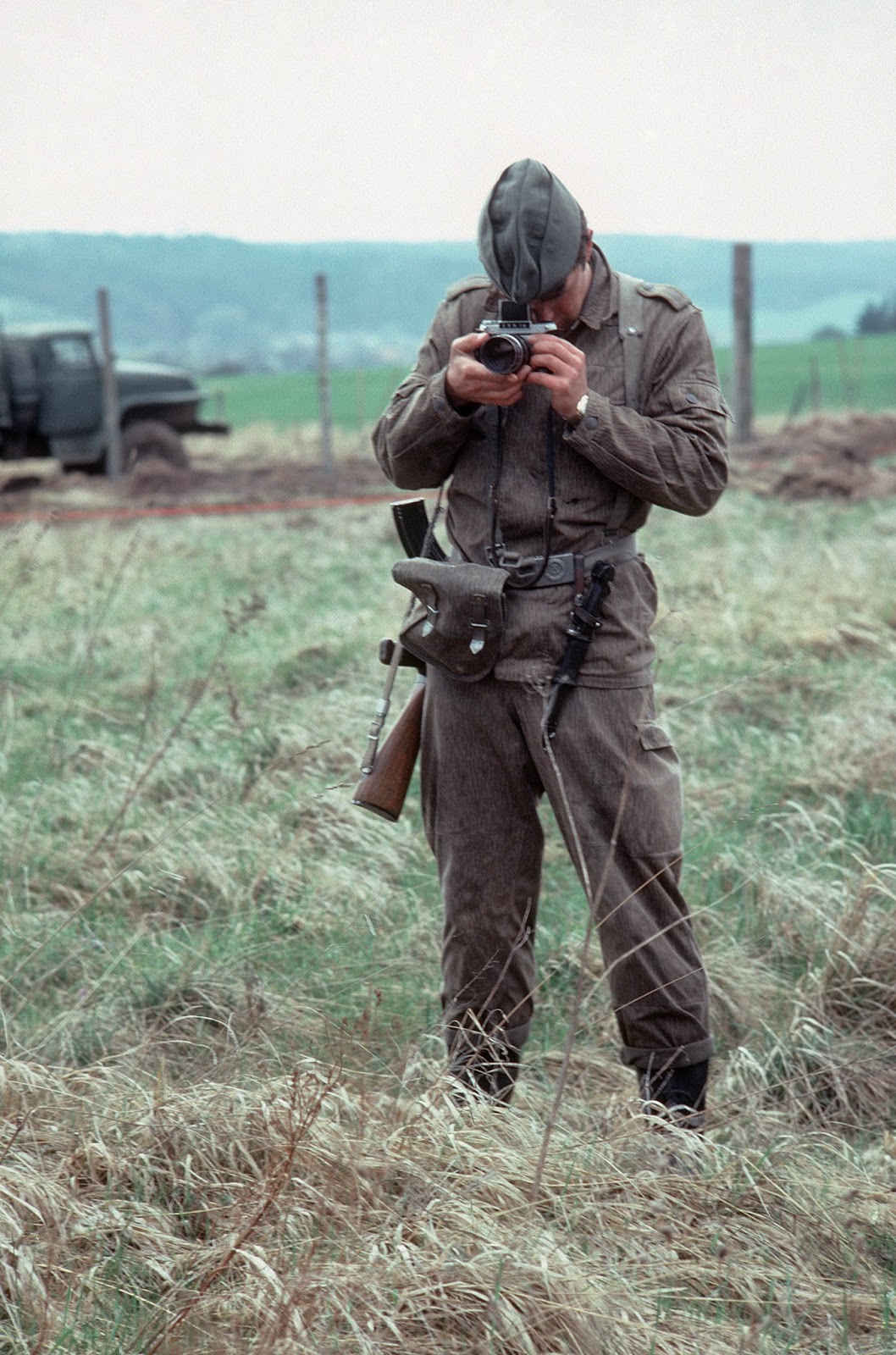 When dealing with a state secret police agency, they're never entitled to the benefit of the doubt. Never.  They're thugs who operate in the shadows, in service not to the country but to powerful, immensely wealthy corporations who could easily do their own security.  But those corporations lack the intrusive powers of the state, they lack the professional spy apparatus, the very service that INSET serves up to them on a platter.
My father and my uncles went to war, sacrificed enormously, to fight this sort of thuggery.  We're damned poor Canadians if we fail to stand up to it in our own time.
I have an idea.  Let's catalogue Kinder Morgan and Enbridge facilities.  Then let's organize groups of people to individually visit those facilities, monitor them, record licence plate numbers, and take plenty of photographs.  20 or 30 monitors a day, new faces rotated in daily.  Nothing remotely illegal.  No trespassing, no obstruction, no heckling. Just maintain a vigil at a safe and legal distance, letting Kinder Morgan and Enbridge and the Canadian Stasi and our despotic government know that we will not be intimidated and we will respond in kind in keeping with our democratic and constitutional right of dissent.
They want to gather intelligence on us.  We should gather intelligence on them, every scrap we can collect.  To the Stasi, being exposed was like the noonday sun to a vampire.
They can intimidate us, one by one, but they'll have a hell of a hard time doing it if they have 20 or 40 or 100 new names each and every day, a list that could quickly grow into many hundreds, perhaps even thousands.  Watch, we can make them stand down, crawl back into the slime beneath their rocks.
The RCMP has served notice that it is quite prepared to criminalize democratic dissent.  I won't have it.  No, not in my Canada.  What about yours?
And if the goons demand your name, tell them "Leslie Askin."

.. the technical process.. often known in the biz as 'workflow' will need to be brought along in step with the tactical documentary process.

Pretty sad to realize that emplaced government and related unelected 'partners' and various 'security and surveillance' agencies - domestic and foreign, now are directed by one person via his personal unelected PMO, his appointed Finance Minister who orchestrates via Omnibus Bills to facilitate such actions

I, too, have a father and uncle who fought fascism on the beaches of Normandy and in the skies over Europe. I feel it is incumbent upon me to teach my children what is considered to be the most subversive act of all in this age of neo-fascism - critical thinking.

I'm certainly up for a project like that.
What continually baffles and saddens me is the very deep difference between those of us who want to preserve the earth and allow life to continue and those who can only see dollar signs and profit. The profit-mongers see benign activities as threatening when actual damage and violence would be anathema to most conservationists.
And, noticing the paranoia growing in the oil-world I am reminded of some of the things I have read about the Second World War where the Germans and Russians told their soldiers horrific stories about each other to whip them into nightmare atrocities.

this is only going to get worse. The RCMP work for Harper and therefore they work for the corporations who pay into campaign donations.
meanwhile just down the street and around the corner some FN girls are being exploited and another one turns up dead, no one will bother to fix that.

Six members of my family served in WW2. They fought so we wouldn't have, a fascist dictator running this country.

Quite frankly? Harper isn't worth our young Canadian boys dying for. As of all our Canadian PM's, Harper is far the most evil PM in the recorded history of this Nation. The manner Harper in which Harper treats, our old WW2 Veterans and our recent Veterans? Speaks for its self, Harper is an evil dictator monster.

Communist China fouled and polluted much of their farmland and 40% of their water. Dead pigs come floating down China's rivers. Their rivers stink so badly, they make people gag. China can't feed their people. We can count on China destroying our beautiful country, which Harper hates.

Harper fits the same profile and characteristics of, Stalin, Hitler and Mussolini.

Besides which people? You can't shame a monster such as Harper.

@ Sal. Sounds like you know how to make this idea work, certainly from the organization and work flow side. Care to share more of your wisdom and expertise?

@ Karen. Are you still up north? Any of the sites referenced here up your way that would be worth observing and monitoring? What are the prospects of finding volunteers to keep some loose sort of vigil?

I've thought this idea might appeal to college and university groups. It is, after all, their future that's being jeopardized by these corporations and they're going to have to live with this new security apparatus unless we push back now.

Yes, still up north. Neither Enbridge nor Kinder Morgan have actual sites in the immediate vicinity. Enbridge has an office here - 2 cameras on each side of the building, opaque frosted windows and permanently locked doors. I'll see what kind of interest I can drum up.

I also have a father who served with the Royal Newfoundland Regiment along with three uncles of which one was killed and another taken early as a prisoner of war. Nothing boils my blood than to read about this kind of tactic as if Canada has so many secrets it needs to protect. Yeah Right! Big money needs protection.