Obama Doesn't Have a Clue 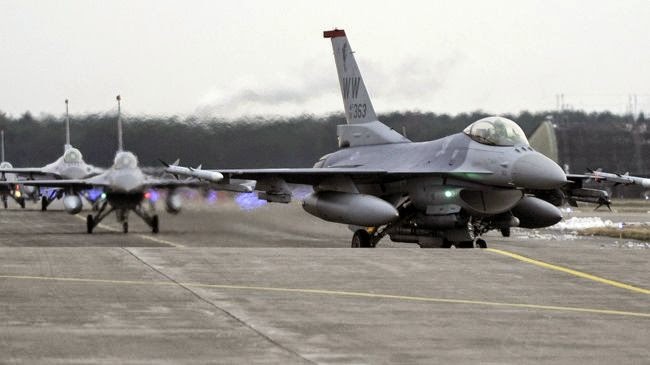 Barack Obama has a mess on his hands in Iraq and has no idea what to do to clean it up.  And so he falls back on neo-America's default option - bomb it.

Retired US Army commander turned academic, Andrew Bacevich, offers some insights that reveal how hapless - and hopeless - American policy toward the Middle East has become.  American policy is in a rut reminiscent of the movie, "Groundhog Day."

Even if Obama cobbles together a plan to destroy the Islamic State, the problems bedeviling the Persian Gulf and the greater Middle East more broadly won’t be going away anytime soon.

Destroying what Obama calls the Islamic State of Iraq and the Levant won’t create an effective and legitimate Iraqi state. It won’t restore the possibility of a democratic Egypt. It won’t dissuade Saudi Arabia from funding jihadists. It won’t pull Libya back from the brink of anarchy. It won’t end the Syrian civil war.  It won’t bring peace and harmony to Somalia and Yemen. It won’t persuade the Taliban to lay down their arms in Afghanistan. It won’t end the perpetual crisis of Pakistan. It certainly won’t resolve the Israeli-Palestinian conflict.

All the military power in the world won’t solve those problems. Obama knows that. Yet he is allowing himself to be drawn back into the very war that he once correctly denounced as stupid and unnecessary — mostly because he and his advisers don’t know what else to do. Bombing has become his administration’s default option.

Rudderless and without a compass, the American ship of state continues to drift, guns blazing.

America has fallen captive to its very own game of "Whack-a-Mole".  Bacevich seems to suggest that America and her posse (that's us) need to accept the fact that we can't play wet nurse to every double-dealing Sheikh and Crown Prince and general across the Muslim world.  We're beating our heads against a wall and emptying our treasuries while they're sitting back on their fat arses unwilling to do any heavy lifting.

Whether the president will make good his promise to “degrade and ultimately defeat” Islamic State militants will depend less on the accuracy of U.S. bombs and missiles than on the effectiveness and motivation of surrogate forces fighting on the ground. Identifying willing and able proxies is like to pose a challenge.

The Iraqi security forces, created by the United States at such great cost, have shown neither fight nor skill. Though the Kurdish peshmerga have a better reputation, their primary mission is to defend Kurdistan, not to purge Iraq as a whole of invaders. The Syrian army is otherwise occupied and politically toxic.

The countries that ought to care more than the United States simply because they are more immediately threatened by Islamic State fighters — Iran, Turkey, Egypt and even Saudi Arabia — have not demonstrated a commensurate willingness to act.

There was a brief moment when the Obama administration let slip that the key to defeating ISIS was the formation of a multinational force from the region's Sunni Muslim countries.  A Sunni army to take down a Sunni insurgency.  Makes perfect sense especially as those Sunni countries are drowning in modern military hardware we supplied to them.  But all that hardware sits secure from the harsh desert sun in hangars and arsenals put to use mainly to crush democratic protest movements in countries like Bahrain or on the streets of Cairo.